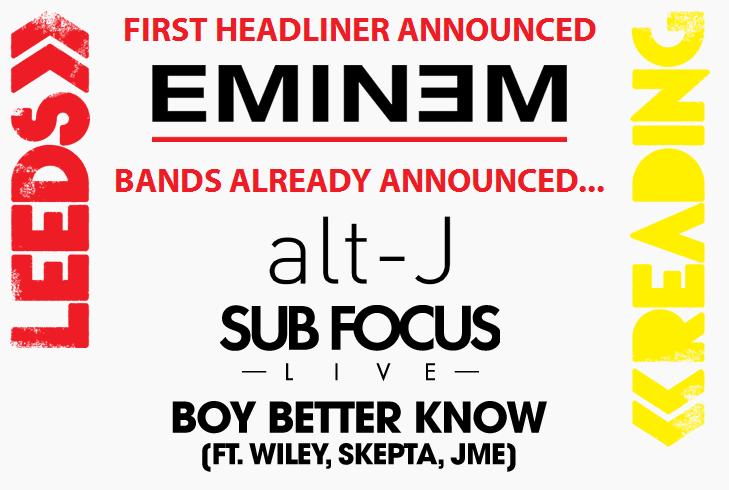 Organisers behind Reading and Leeds Festival have announced when they will revealing more acts in store for this year’s festivals.

The next announcement date has been confirmed to be Monday 4th February where the name of the second headliner will be announced as well as other bands set to appear at the festival this August.

As well as this exciting announcement, the festival organisers have decided to continue selling weekend tickets at the discounted 2012 prices. However this will only be available for a limited time so be quick if you want a bargain.

Reading and Leeds Festival will take place from 23 – 25 August 2013. Eminem has been announced as the first headliner with Deftones, Alt-J, Subfocus and Boy Better Know also making appearances. Tickets are available from here.