Redlight King… In Our Blood! 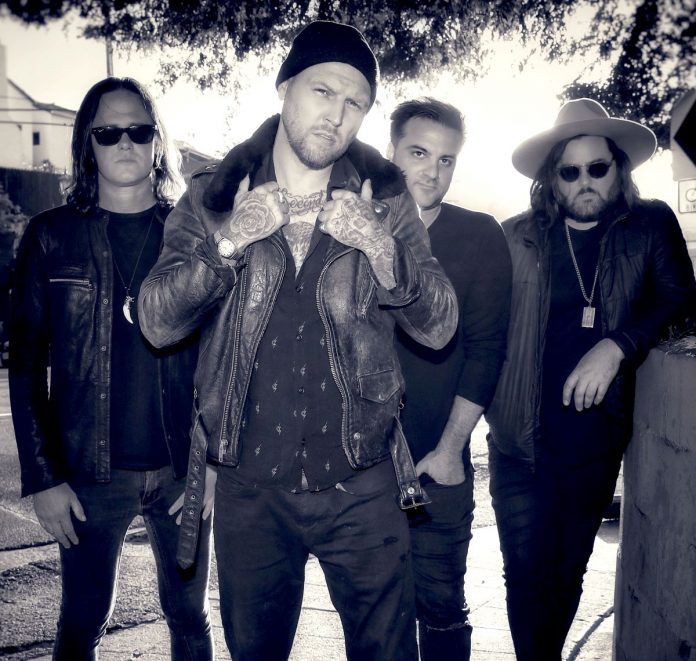 Canadian-American rock outfit Redlight King has signed with German rock/metal label AFM Records who will release the band’s fourth full-length album, In Our Blood, this Autumn, and precede that with the title track coming out as a single.

The album was written and produced by frontman Mark ‘Kaz’ Kasprzyk at Wax Studios in Los Angeles, CA with long-time collaborator and guitarist Julian Tomarin, who also co-wrote a few tracks, alongside drummer Randy Cooke.

AFM’s Senior A&R Director, Nils Wasko, commented on the signing, “I am thrilled that Redlight King has chosen AFM. My team and I couldn’t be more excited to work with Kaz, Julian, Brian and Mark to delight people with their authentic music and leave a footprint on the world.”

“’’In Our Blood’ is not about religion or politics or money,” explained Kasprzyk about the new single. “It’s about heart. It’s about family. It’s about never giving up.  The song was first imagined by our guitarist Julian, who laid down the riff and a killer melody in the hook. It continued to build with a vengeance, so we kicked it into high gear with a four on the floor beat and a traditional rock n’ roll approach to scoring the lyrics.”

He continued, “For me, ‘In Our Blood’ captures the human spirit and gives a sense of hope that we can break through the generational cycles of classism set in place to divide us.  When I sing the song I think of my family, I think about my grandfather fighting in WW2, the things they went through, the sacrifices they made and that my parents made as well.  I think of my bandmates and the audience we play for.  We are all trying to make the best of this journey. We all bleed the same colour and we’re all in this together.”

Formed in Hamilton, Onatrio by Kasprzyk, Redlight King made waves in 2011 with the release of their debut album Something For The Pain on Hollywood Records that included the #3 Billboard Mainstream Rock single ‘Bullet In My Hand’ and a reimagined version of Neil Young’s ‘Old Man’ that Young approved the band to use a sample from his original song.

Their second album, Irons In The Fire, followed in 2013 and featured the single ‘Born To Rise’ that is heard in the end title credits for the Lionsgate sports drama blockbuster Draft Day. Additional music from the band has been featured in movies and tv shows such as The Avengers, Iron Man 3, The Italian Job, FOX’s Malcolm In The Middle and CBS’ Person Of Interest in addition to being licensed across sports networks including ESPN, Nascar, NFL, CFL, NHL, NBA and MLB.

For their third album Moonshine, the band went back to basics and recorded a very analogue traditional rock sound with songwriter and producer Jimmy Messer (Foreigner, AWOLNATION) who released it on via his independent label, Parts & Labor Records.

You can check out the new video for single ‘In Our Blood‘ right here at RAMzine, and purchase it here.