Chains of Destiny with Rhapsody Of Fire 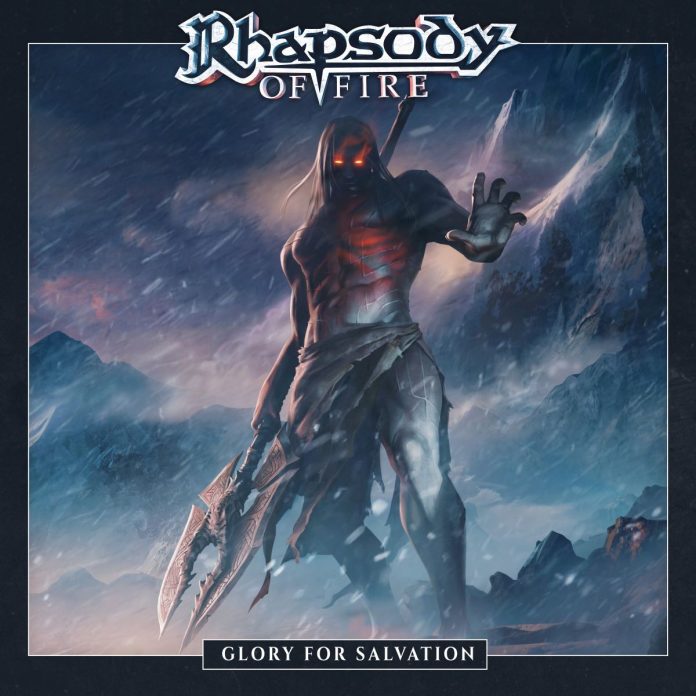 Italian symphonic power metal band Rhapsody Of Fire has released a new single, ‘Chains Of Destiny’. It is taken from the band’s new album Glory For Salvation that will be out on 26th November through AFM Records.

“‘Chains Of Destiny’ is an epic, uplifting and intense song, characterised by catchy melodies, fast paced rhythm, great vocals and choirs.” said keyboard player Alex Staropoli. “We always wanted to shoot a videoclip on the Alps and finally we did it. The amazing rocky mountains displayed in the videoclip are just a few hours away from our home town Trieste. Being able to show how beautiful this territory is to the entire world make us very proud.

We decided to make this shooting happen around fall, so we would get some low clouds, light rain and wind. It turned out the coldest weather we could imagine. Altitude of almost 2.000 meters on the sea level and temperature touching the zero, it was truly an epic challenge for the band and the amazing crew we had.”

You can seee the video here at RAMzine.

One of the most popular metal acts in Europe, Rhapsody Of Fire’s game-plan was to combine Hollywood-like sound landscapes and heavy power metal.

The results tend to speak for themselves: Over 500.000 Facebook fans, 40.000 Instagram followers, 56,000 YouTube subscribers and 2 million records sold – With The Eighth Mountain entered the German album charts at #22.

Glory For Salvation, will be the band’s 13th full-length studio album, and the second part of an intended trilogy, that began with 2019’s The Eighth Mountain.

Mixed and mastered by Sebastian ‘Seeb’ Levermann, it features the following tracks: ‘Son Of Vengeance’, ‘The Kingdom Of Ice’, ‘Glory For Salvation’, ‘Eternal Snow’, ‘Terial The Hawk’, ‘Maid Of The Secret Sand’, ‘Abyss Of Pain II’, ‘Infinitae Gloriae’, ‘Magic Signs’, ‘I’ll Be Your Hero’, ‘Chains Of Destiny’, ‘Un’Ode Per L’Eroe’ and ‘La Esencia De Un Rey’.

“Terial The Hawk’ represents the best example of how I like to blend baroque and celtic elements with the energy of heavy metal,” said Staropoli, regarding the band’s previous single.

‘Terial The Hawk‘ was preceded by both ‘Magic Signs’ and ‘Glory For Salvation’ and you can catch videos for all of them right here at RAMzine.

You can order Glory For Salvation by clicking here.