Ross The Boss Swears In Blood 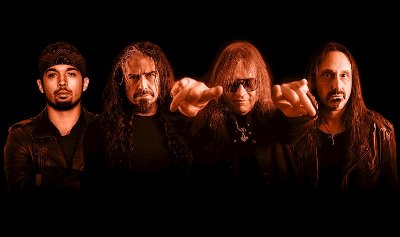 Following hot on the heels of his previous video, Ross The Boss releases a new one from his forthcoming By Blood Sworn album. In fact it’s the title track itself and you can watch it here at Ramzine yourself.

By Blood Sworn was produced by Dean Rispler and the album’s cover art reflects the musical style that can be beard on record. “Marc and I had this concept for the cover art by Stan W. Decker. It was a knight kneeling after battle – holding his mighty sword and my eagle behind him,” said the guitarist.

By Blood Sworn can be pre-ordered by clicking here.

For more on Ross The Boss and to watch the ‘This Is Vengeance’ video at Ramzine click here.