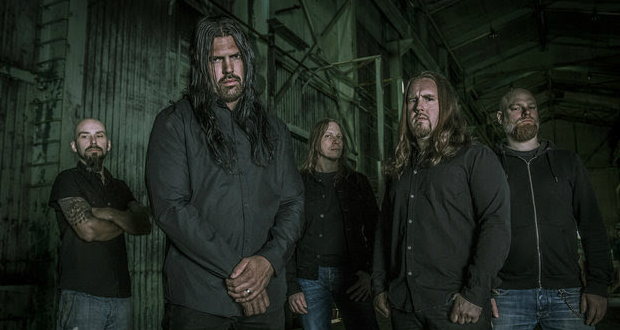 Swedish Melodic Death Metal monoliths Scar Symmetry released new album The Singularity (Phase 1 – Neohumanity) and the follow up to much acclaimed magnum opus The Unseen Empire on October 6 via Nuclear Blast. This new offering is the first part of a trilogy of releases and we asked the lads if they would share a bit more info on the tracks themselves. They were more than happy to oblige and you can check out Henrik and Per waxing lyrical on the first four tracks of the album here: :

The band have also released a lyric video for new song ‘Cryonic Harvest‘, which can be heard here:

And if all that wasn’t enough, you lucky devils can also watch the lyric video for the first single ‘Limits To Infinity’ here:

You can check out the track-listing for ‘The Singularity (Phase I – Neohumanity)’ below:

01. The Shape Of Things To Come
02. Neohuman
03. Limits To Infinity
04. Cryonic Harvest
05. The Spiral Timeshift
06. Children Of The Integrated Circuit
07. Neuromancers
08. Technocalyptic Cybergeddon

Guitarist Per Nilsson commented on the new album: “The lyrical concept that Henrik came up with for The Singularity trilogy is huge in scope, complex and awe-inspiring, and naturally the music I wrote needed to follow suit – and it is with great pride that we can now present ‘Phase I – Neohumanity’, the first part in the most progressive and elaborate project in the history of Scar Symmetry. What an awesome way of celebrating our 10th anniversary!”

The stunning artwork for ‘The Singularity (Phase I – Neohumanity)’ was created by Mircea Gabriel Eftemie (CARCASS, BRING ME THE HORIZON, VOLBEAT), who will be designing the artwork for the whole trilogy.

More on The Singularity (Phase I – Neohumanity):

You can order ‘The Singularity (Phase 1- Neohumanity) via the following links: