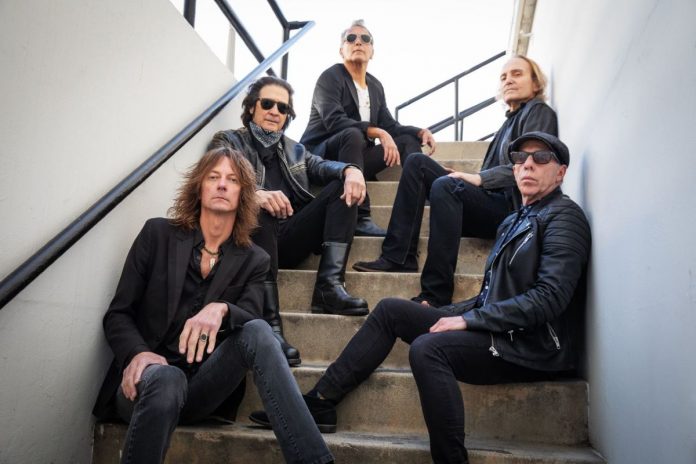 Harkening back to the glory days of 70s rock ‘n’ roll, Slamdinistas deliver a sound that blends both US and UK influences of the era.

Their song ‘Brand New Day’ received much radio respect, not least regular rotation on Rodney Bingenheimer’s Sirius XM radio show on Underground Garage.  An incendiary live show brought them to the attention of Die Laughing Records where they signed, and have just released ‘Little Troublemaker (Live)’.

‘Little Troublemaker’ was written by Ian McLagan of The Faces and featured on his 1979 solo LP.  Sparks fly on this live version performed by Slamdinistas, being loud, punk-esque, and swaggering in the manner of both The Faces and Rolling Stones.

You can stream/buy ‘Little Troublemaker (Live)’ here, and check out the video for it right here at RAMzine.