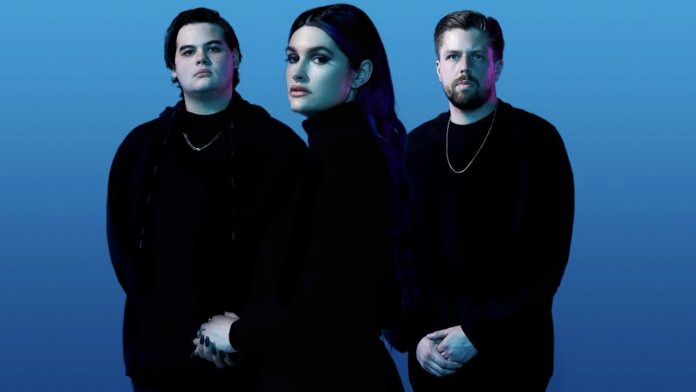 Following on from their massively successful UK live debut which included a huge crowd drawn to the smaller stage at this year’s Download festival, Canadian metallers Spiritbox surprised fans this week by stealth dropping a new three-track EP titled Rotoscope.

The EP, or three-track single if you prefer, sees the band explore another aspect of their range and overall it’s not as heavy as their early material and their excellent debut album Eternal Blue which was released last year.

“Not as heavy” doesn’t mean “not as good” of course, and the band is experimenting to see what else they are capable of, it turns out, quite a bit. The three tracks served up are strong, they’re not just demos or B-Sides, but instead fully-fledged realised singles. For those wanting the heaviness, there is the closing segment of ‘Hysteria’ which is utterly devastating, that should keep you going.

The band is well aware that not everyone who has grown to love them over the past couple of years will be into the new music and even warned fans of such. “As scary as it is, you just have to do what makes you happy, create the music you want to create and work with the people you want to work with. Because the moment you start limiting yourself, the music suffers.” guitarist Mike Stringer told Kerrang! in April

Alongside the release is an official video for ‘Rotoscope’ as well as video visualisers for the other two tracks.