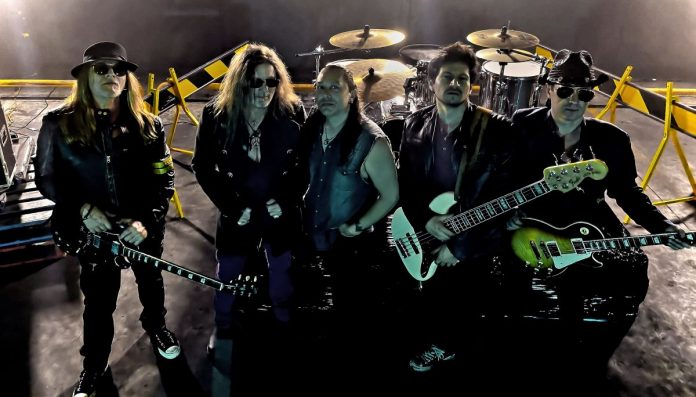 Australian hard rock band Stonetrip has released an official video for their latest single, ‘Leave A Light On’, that’s out now through Golden Robot Records.

‘Leave a Light On’ is said to offer a true perspective of the love and life of two people in two ego-driven careers with an undeniable love for each other. Musically, the song is drenched in melody, soothing guitars, all intent on taking you to a separate place of tranquillity.

The new single follows the release of the band’s self-titled EP, via Golden Robot Records, and available through all digital music platforms.

‘Leave A Light On’ can be ordered here and you can check out the video here at RAMzine.

Then, despite the difficult year that was 2020, the band used the downtime to hit the studio, the band worked with Australian producer and engineer Ricki Rae of Lighthill Sound Recording Studio to produce the first run of tracks for their forthcoming debut EP and album.

Tracks featured on the Stonetrip EP are ‘Sideways’, ‘Runaway’, ‘Nightmare’, ‘My Angel‘ and ‘Wild Hearted Son’.

You can aslo watch the video for the band’s previous single, ‘My Angel’, here at RAMzine – It follows previous arena rock influenced singles ‘Runaway’ and ‘Nightmare’.

‘Nightmare’ is about the reality of suffering silently for too long. Where one’s overindulgent urges catch up with your uncontrollable need for sex, drugs & rock ‘n’ roll, and them being continually consumed to a blur. The solution feels is too hard to deal with, yet you keep fighting yourself every day for the cure. You return to sleep, waking to do it all over again, but it’s a nightmare.

Stonetrip produce a groove-laden modern rock sound mixed with classic rock sensibilities. Previously released single ‘Runaway’ ran in a similar thematic vein to ‘Nightmare’; it was a song about entrapment, and the feeling unable to escape; with nowhere to go with your head constantly spinning within a relationship of emotional torment.

You can still get ‘Nightmare’ here and ‘Runaway‘ here.

You can order Stonetrip here.