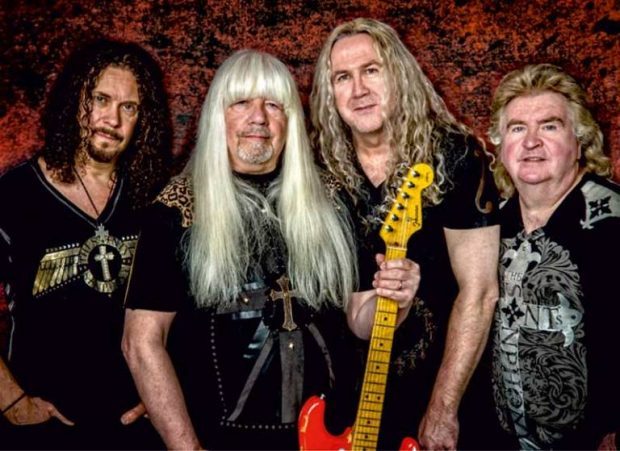 Following their sold-out Still Got the Rock European Tour legendary 70s rock band Sweet will be causing a ballroom blitz up and down the country on a nationwide tour running from 28th November until 21st December.

Formed by former Wainwrights Gentlemen members Brian Connolly, Mick Tucker (both now sadly departed), along with Steve Priest and Andy Scott The Sweet became one the biggest bands in the UK during the early 70s, back when records sold by the truckload.

Hitting the charts high beginning with bubblegum hits like ‘Funny Funny’  they would become songwriters Nicky Chinn & Mike Chapman’s muses as they got heavier and became glam rock favourites with the likes of ‘Blockbuster’, ‘Hellraiser’, ‘Ballroom Blitz’, ‘Teenage Rampage’ and ‘The Sixteens’.  ‘Fox on the Run’  hit the number 3 spot in the Billboard 100 in 1975, followed by self-penned hit ‘Action’ in 1976 inspiring the likes of Kiss and Motley Crue.

With a penchant for covering Who numbers live (in fact their last single back in 2011 was that band’s ‘Join Together’) and being Deep Purple fans at heart, along with success came a determination to be masters of their own destiny and that resulted in albums like Sweet Fanny Adams, Desolation Boulevard and Give Us a Wink showing a much harder rocking band. 1978’s Level Headed rounded things out with another award winning million-selling worldwide hit in the Andy Scott written ‘Love is Like Oxygen’.

Connolly left the following year, the band continuing on as a trio before splitting, subsequently reforming and adding various members over the years. The current line-up has been together for a good many years, featuring Andy Scott (lead guitar, vocal), Bruce Bisland (drums, vocal) and Tony O’Hora (lead vocal, bass) both former members of Preying Mantis and the recent permanent addition of Paul Manzi (guitar, keyboards, vocal) from Cats In Space who had “been depping for Sweet for a while.”

Tickets for the sixteen date listed tour are available through Planet Rock, The Gig Cartel and the 24 hour ticket box office on 08444 780 898, with special guests recently announced as Novatines.It should also be noted that Sweet are due to play what’s become their annual Christmas show in The Midlands at The Robin 2 on Monday 16th December. 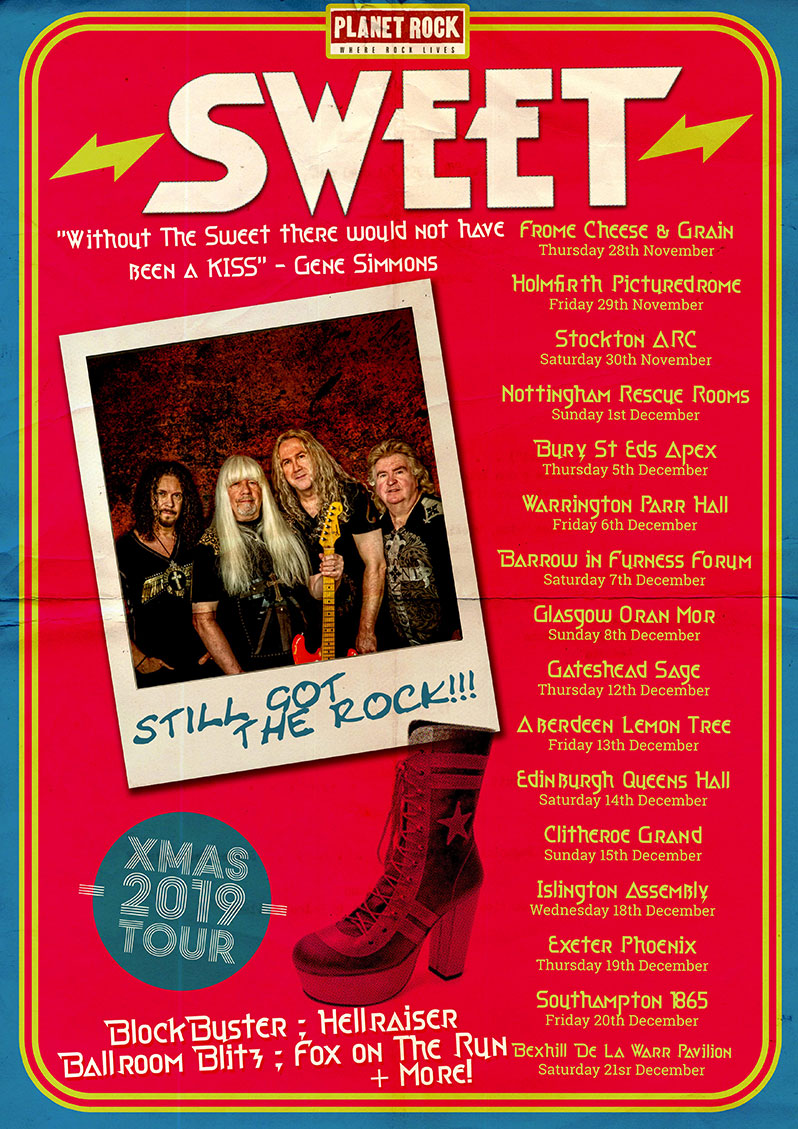