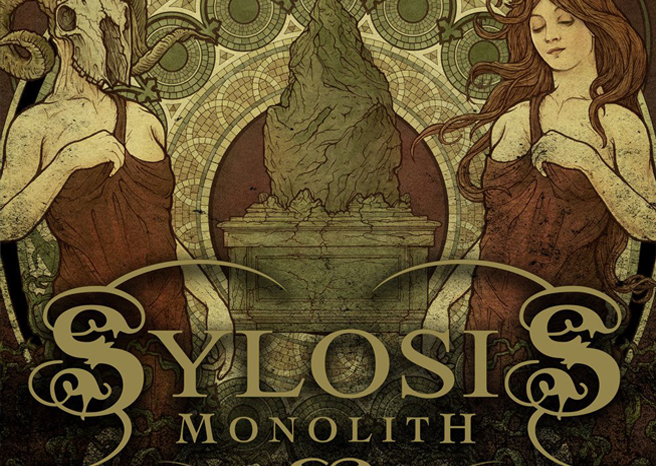 Reading  metallers SYLOSIS have just announced a UK tour for January 2013. The band have had a busy 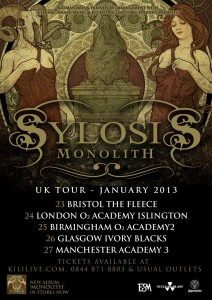 year after touring the US with Lamb Of God, and they have been getting ready to release new album “Monolith” which is OUT TODAY! The eagerly anticipated new material is a concept album inspired by aspects of Greek Mythology.

“Monolith is the best representation of us as a band in terms of our diverse influences, and stylistically it’s what we’ve always been aiming for. A mixture of thrash, big doomy riffs and dark atmospherics and ambiance.”
“The idea for the concept was very loosely inspired by the Greek tale of Orpheus and Eurydice,” continued Middleton. “It’s quite far-fetched but it’s about this guy who loses his wife and tries to bring her back from underworld. This giant monolith starts to grow out of her tomb. The most prevalent theme beneath it all is sort of accepting that you might not be as nice a person as you once thought. It sounds really cheesy but everyone has a darker side to their personality in terms of being selfish, manipulative or dishonest.”

The band will return in January 2013 for a Headline tour:

Buy your tickets now priced at £10 except London which is £12.  Available at www.kililive.com

Previous: METAL CHURCH Reunion On Board 70000TONS OF METAL!
Next: NoFX ‘Self Entitled’ Album Review