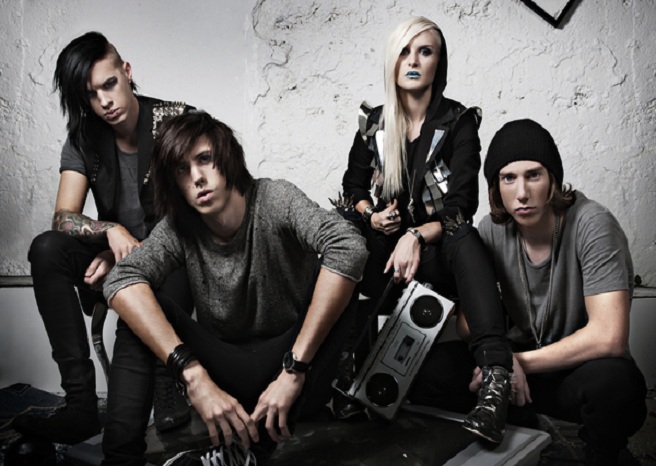 Swedish band Tantrum To Blind have been announced as one of the support acts for Red Jumpsuit Apparatus on their UK tour in March of this year.

Also announced to perform on the tour is Rat Attack.

They are also showing the video for the first single off their new EP Tantrum To Blind, If We Let Go. The video deals with themes of sexuality in young people and plays with people’s preconceptions of a love story, something which front woman Mel and the band feel strongly about.

Melanie Mohlkert, vocalist for Tantrum To Blind, says, “We wanted to do something that kids could really relate to since there are so many young gay people who are afraid to tell people about their sexuality and struggle with coming out to friends and family. We’ve never really had any political opinions in our music but if there’s something that feels right for us to have an opinion about it’s that it shouldn’t be seen as a weird thing or difficult to be gay in today’s society, and bullying and discrimination are not okay.”

Shot in the bands native Stockholm by director Kristoffer Jansson, the band enlisted actors from a local theatre school to trash a set which they built themselves as their on-screen relationships come crashing down, and comes complete with a twist in the tail designed to make fans think twice about how they see other people.