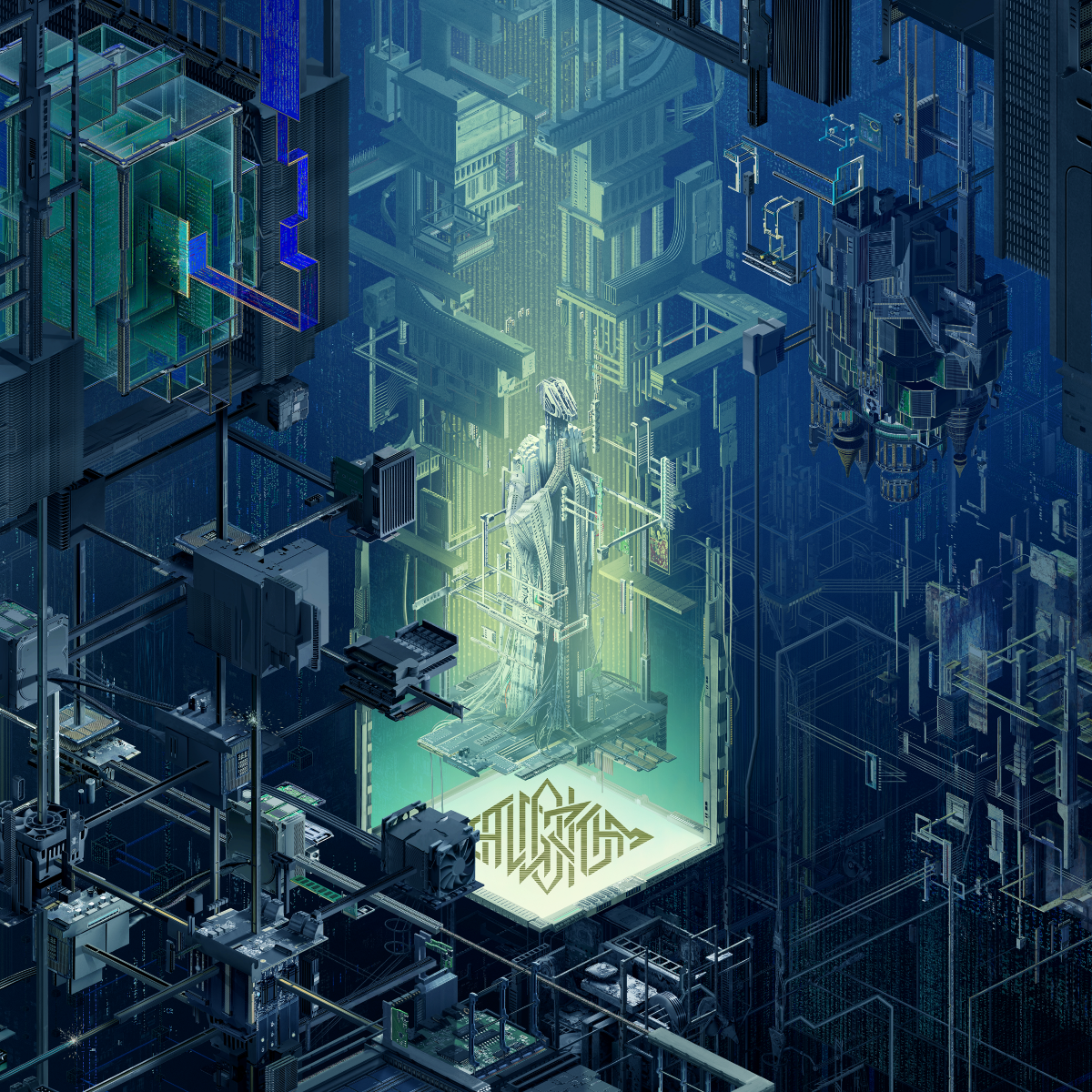 The Algorithm is set to bring about a new Data Renaissance, by way of the French producer’s fifth full album dropping 3rd June, and ahead of that comes new single ‘Multithreading’.

Featuring previous singles like the glitched out ‘Cryptographic Memory’ and the sinister atmosphere of ‘Object Resurrection’, Data Renaissance is intended as a definitive electronic album that also draws heavily from synthwave, cyberpunk, and metal influences.

The album is said to be a testament to The Algorithm‘s ability to fuse multiple genres into a gritty electronic soundscape. If you ever needed an explanation as to why Metal Hammer awarded The Algorithm its Metal Hammer Golden Gods award for the best Underground band in 2013, this should be it.

“’Multithreading’ is the closest I can get to what The Matrix 4 should have sounded like if it was any good,” said The Algorithm.”It’s a soundscape full of computer logic and data flow and is a bit more ethereal than what I’m used to producing. It was a good opportunity to try something more atmospheric and I loved the process!”

‘Multithreading’ is available now on all platforms from independent multi-genre label FiXT for purchase and streaming here.