The Ballad Of Brother Pain 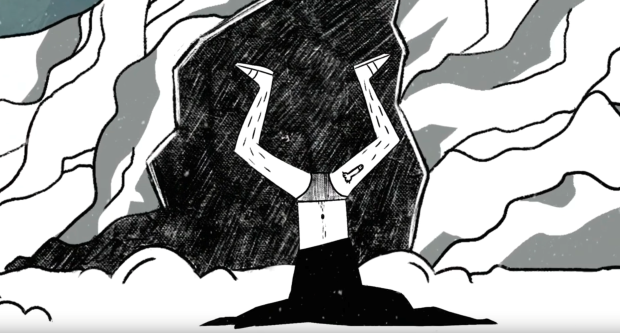 Following the recent announcement that two of its members, Brother Pain and Princess Luxury, were leaving their band, Evil Scarecrow decided to complete a video that was until then only in development, a video for the song ‘The Ballad of Brother Pain’.

As featured on Evil Scarecrow’s 2018 album Chapter IV: Antartarctica, it has become a firm fan favourite and outstrips all our other plays on Spotify of the band by a long stretch.

“This track has been special for us from the start,” said the band “Seeing everyone join in when we play it live is a joy and spotting all the “Does Your Mum Know Where You Are” limited edition shirts from Bloodstock 2019 is always a pleasure. Now of course it will be forever associated with our beloved Brother Dimitri Pain even after he leaves the band … possibly to go to Antartarctica, who knows?”

The animation was commissioned from Rusty Monkey Ltd; earlier this year, with the band commenting: “Their fantastic animator Iulia Matei has done a wonderful job of bringing Brother Pain’s visit to Antartarctica alive on our screens. Following the news of Brother Pain’s departure this seems like the most poignant time to release it.”