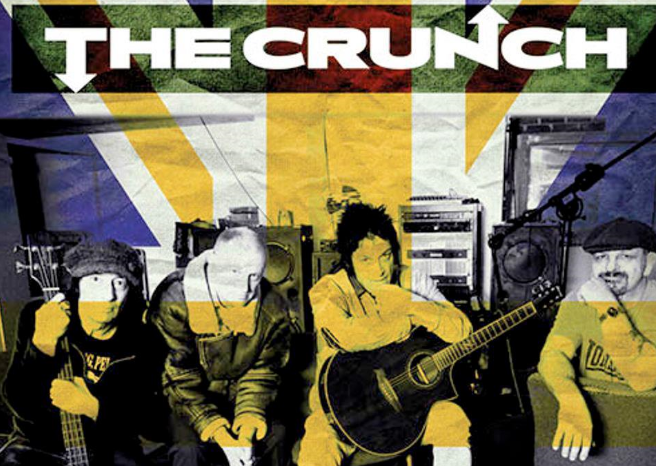 With an all star line up featuring Sulo Karlsson (Diamond Dogs) on vocals, bassist Dave Tregunna (Sham 69/ Lords Of the New Church), Oi guitar legend Mick Geggus (Cockney rejects) and original drummer of The Clash, Terry Chimes, he super group, The Crunch, have announced their debut live date in London on June 5th at the Relentless Garage.

The members of the band have also worked with Hanoi Rocks and Black Sabbath in the past and are set to release their first album as a band in October.

Their first single will be Down By The Border released on 7″ vinyl and will available from June 3rd.

The Crunch will be playing other songs from their glittering careers as well as new material.

Tickets are £15 and are available from here.