The Darkness Before Next Easter 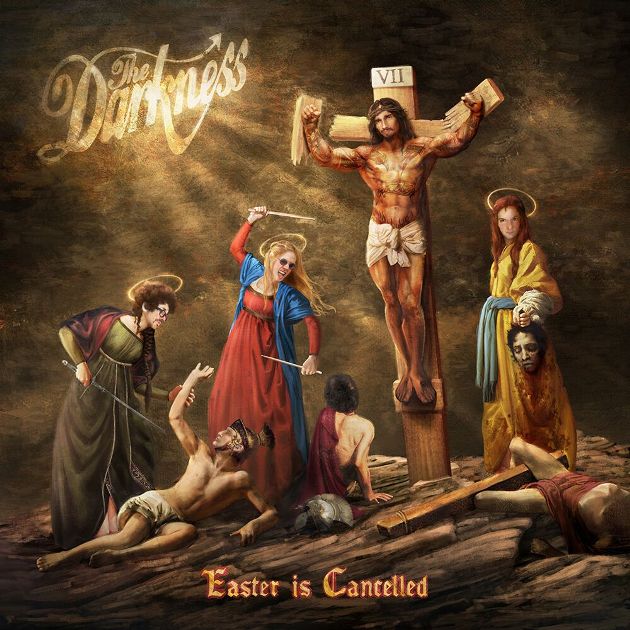 Easter Is Cancelled, apparently. We take it that means next year’s festive celebrations and The Darkness know something the rest of us don’t.

The title of the British rock band’s new album, Easter Is Cancelled is due out on 4th October through Cooking Vinyl and is then followed by a November- December UK tour. But before that the band will be special guests to Toto at their Live at Chelsea show on Thursday 13th June.

The Darkness first came to prominence in 2003 with the unprecedented success of their debut album Permission to Land. With hit singles ‘I Believe In A Thing Called Love’, ‘Growing on Me’, and ‘Get Your Hands Off My Woman’, the album went an incredible quadruple platform in this day and age, selling over 1.3 million albums in the UK.

The band has since gone on to release a further four studio albums, as well as 2018’s Live at Hammersmith album, garnering four Kerrang awards and three Brit Awards along the way.

Celebrating 40 years since the release of their debut album, this will be Toto’s only UK show this year. For more on Live at Chelsea, and how each year a portion of ticket sales are donated towards the care of the Chelsea Pensioners visit Ramzine here.

For more information on The Darkness, including tour dates click here.