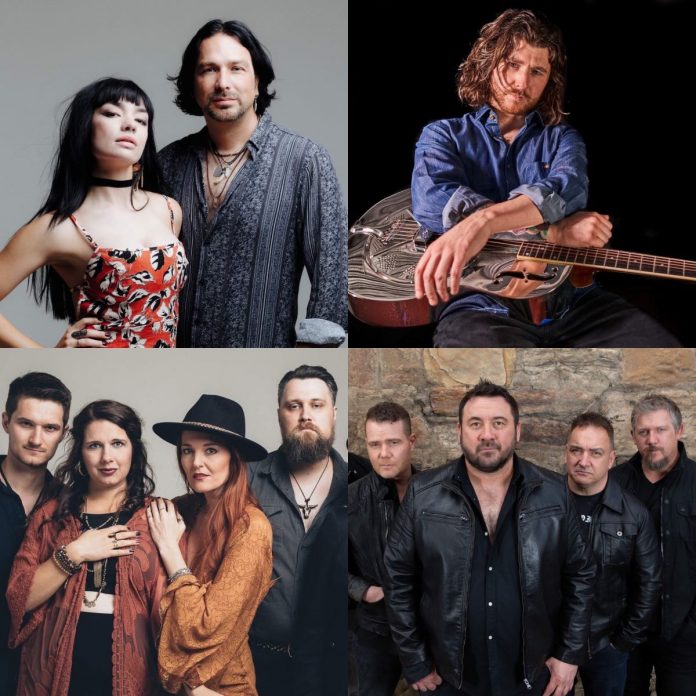 In 2017, the UK Blues Federation was created to promote and support blues music in and from the UK in all its forms and styles. Its aim being to achieve the maximum recognition for UK Blues music, past, present and future and thereby to boost the profile and prosperity of all involved with the genre in the UK, bringing those involved together to achieve this vision. In 2018, they established the UK Blues Awards to further those goals.

The awards allow both the music industry and the public to nominate and vote for those they believe, through their work in the previous year, deserve the recognition an award will give them. And, following recent times, where the covid pandemic has resulted in virtual award ceremonies, there will once more be a live show this year at The Powerhaus in Camden, London on 15th May – And it will also be streamed live on Facebook and Youtube, ensuring it reaches a worldwide audience.

Paul Jones, noted radio personality, actor, and singer with both The Blues Band and Manfred Mann, will again host this prestigious event that, along with other star presenters will also feature live performances from award nominees.

Among those nominated, are several acts RAMzine has featured in recent times.

King King, hailed by many as the UK’s biggest blues rock band, are nominated for Blues Band Of The Year. Led by Glaswegian vocalist and guitarist Alan Nimmo, the band are no strangers to the awards ceremony, and start their UK tour with special guests The Damn Truth on Thursday 10th February 10th.

When Rivers Meet, featuring husband and wife Aaron and Grace Bond, swept the UK Blues Awards last year and were the first act to win four awards. This year, they are nominated three times, for Blues Vocalist Of The Year, Blues Band Of The Year and Blues Album Of The Year. The band’s sophomore album Saving Grace is out now, and they start a 17-date UK headline tour with special guest Troy Redfern on 21st April.

As recently revealed at RAMzine, Portsmouth-based band Brave Rival release their debut album Life’s Machine on 6th May but they’ve already been nominated for an Emerging Act Of The Year award.

For more on those acts mentioned check out RAMzine for more information, and for a full list of those nominated for the UK Blues Awards 2022  click here  and to vote in the awards, you have until 23.45pm on Tuesday 15th February and can cast your vote here.