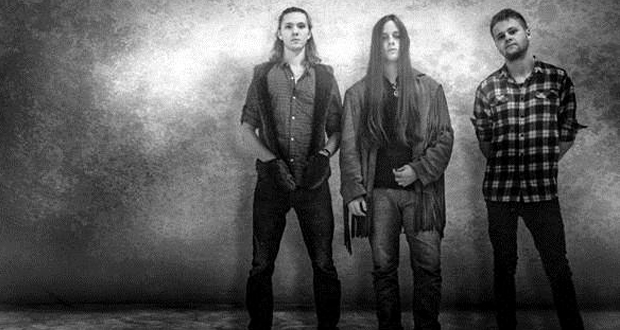 We were rather excited to hear that Icelandic classic rockers THE VINTAGE CARAVAN have announced the details for their upcoming album Arrival this week, which is scheduled to drop on May 18th via Nuclear Blast. The band had this to say on the news:

“We are so excited for the release of the upcoming album. It’s definitely a step forward for us musically and we are incredibly happy with how natural the recording process was and how well all of the songs turned out. Get ready for Arrival!”

The band recorded the follow-up to 2014’s critically acclaimed Voyage in an isolated fjord where they set up a studio in an old ballroom and worked with producer Axel “Flexi” Árnason who also worked with the band on their last album:

“The songwriting sessions have been going on since around October 2012 when our album Voyage had been out in Iceland for a month. We immediately started writing at that point so some of the songs are quite old for us. Because of that we have a bit too many songs but we intend to make this album around 10 tracks so we can put what we think are the best tracks on the album.
Right now we are doing demos, polishing the stuff and thinking of ways to nicely add to the production of the songs. We are very excited to start recording this album. It’s going to be interesting to work on. The album is a bit different from our previous album – it’s a bit darker, a bit heavier, a bit more melodic but definitely all in a good way.”

The trio also had the privilege of having renowned American artist David Paul Seymour design some truly stunning psychedelic artwork for the album’s cover. You can check this out here:

The Vintage Caravan look set to rock the beejesus out of Desert Fest at The Electric Ballroom on Saturday 25 April – don’t miss it! Oh, and you can pre-order your copy of Arrival right now via the following link: http://smarturl.it/VCARAVAN-Arrival