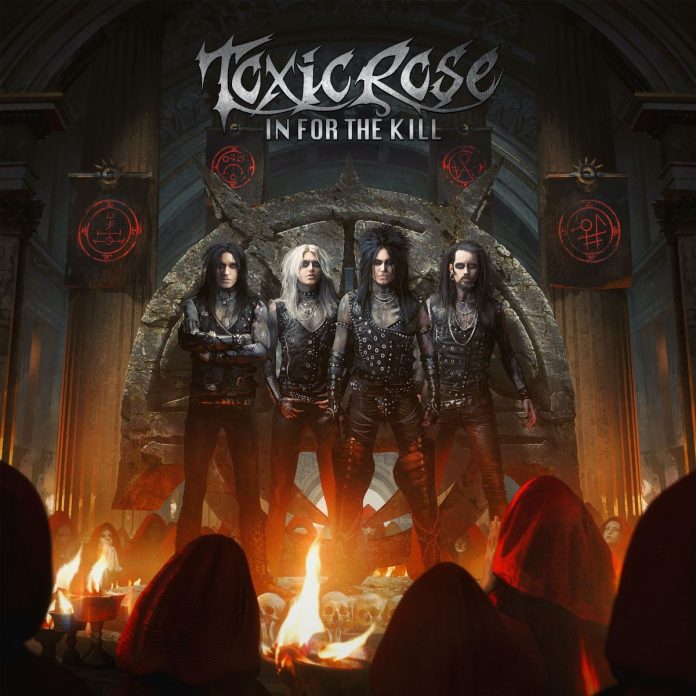 Swedish dark sleaze metal act ToxicRose will release their sophomore album In For The Kill on CD and digitally as of 24th September through Crusader Records – A vinyl edition will be released in November.

ToxicRose’s recent singles ‘Domination’ and ‘Outta Time’, taken from the album both hit prominent Spotify and Apple Music Hard Rock playlists, and now they’ve followed it up with ‘Heroes’.

“‘Heroes’ is a fast and powerful track with a splash of modern metal. Like a steamroller crashing through everything, it takes you for a ride through one of man’s greatest mistakes,” said the band.

You can watch the video for ‘Heroes’ here at RAMzine.

The band was formed in 2010 in Stockholm, Sweden and quickly made a huge impression. With hit songs like ‘A Song For The Weak’, ‘Reckless Society’ and ‘World Of Confusion’, the band has made noise all over the world.

Their self-titled EP and first full-length album Total Tranquillity both received “ravishing reviews worldwide”. In 2018, new bass player Johannes Sandberg joined the band and they released a brand new single, while signing a deal with Crusader Records, resulting in the forthcoming new album.

You can order In For The Kill here and here.