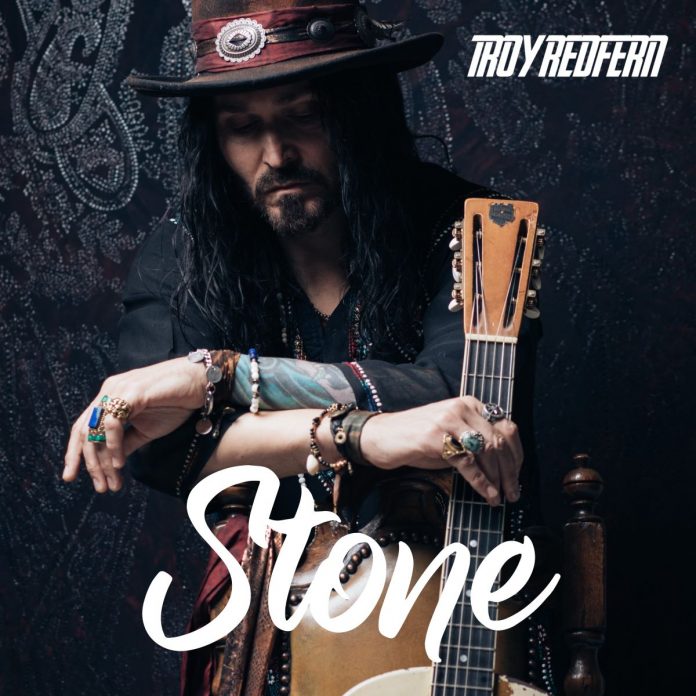 ‘Stone’ is the fourth single taken from Redfern’s new album The Fire Cosmic. It follows hot on the heels of his previous singles ‘Sanctify’, ‘Ghosts’, and ‘Waiting For Your Love’.

Written on a vintage National guitar, and accompanied with a wide open ¾ drum groove, and whiskey drenched vocal, ‘Stone’ is described by Troy as “an Appalachian style roots rocker that builds into a stratospheric anthem, and features a slide guitar solo that stretches out across vast sonic horizons.”

You can watch the official video for ‘Stone’ right here at RAMzine – It’s available to stream and download here. You can also get hold of your copy of the The Fire Cosmic album here.