Valentine Leave their Heart in the City 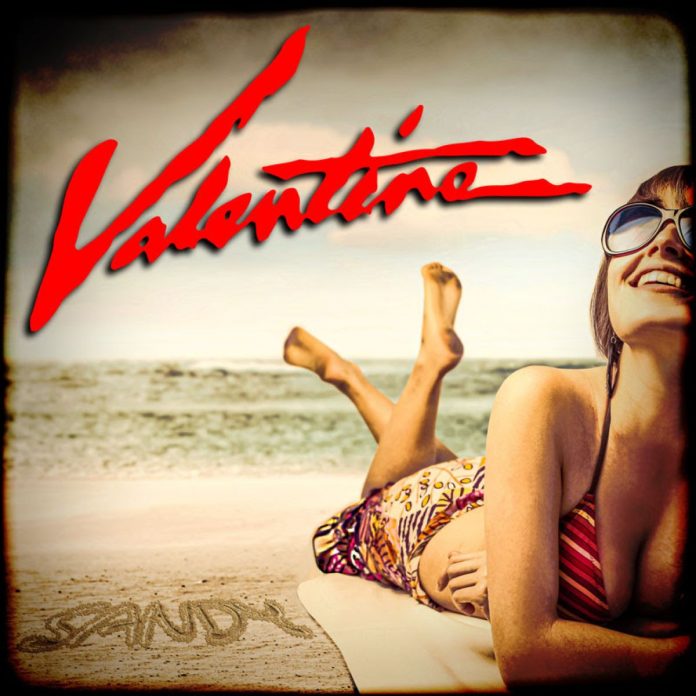 New York City early 90s AOR heroes Valentine, has released ‘Heart of the City’. the second single from their upcoming album collection Demos From The Attic.

Formed by childhood friends Adam Holland and Gerard Zappa, on guitar and bass respectively, they brought in first drummer Neil Christopher, then keyboard player Craig Pullman, and in looking for a special voice found frontman Hugo Valenti, and thus was formed Valentine.

Demos From The Attic comes just over two decades after the quartet’s debut surfaced on Giant/Reprise Records back in 1990. Recording began after the touring cycle for that record was completed and continued throughout 1991, as guitarist Adam Holland explained:

“We bought an 8-track recorder, a small console and some speakers, and start putting together the demos for the next record. We produced and mixed them all ourselves in Neil’s parent’s basement and my parent’s basement. We recorded so many ideas because we didn’t know which ones would go the distance.”

Alas, however, event turned with a changing music industry, and the band folded.

The band members weren’t even aware that between them they had so much unreleased material when 20th Century kept approaching them about releasing it. Persistence paid off, however, with both guitarist Adam Holland and bassist Gerard Zappa suddenly remembering that they actually did have unreleased demos stored away in attics, as Zappa explained:

“When the label approached us about this idea, I had already moved houses and I had packed crates of cassettes and DAT tapes. But I had stored a lot of them at my sister’s. I had to ask her to rummage through the crates as I was in a different city. I had to explain the difference between a regular cassette and a DAT so she knew what she was looking for.  It was due to her patience and persistence that I was able to dust off so many songs that we are proud of to this day.”

“We all feel very good about it,’ said Holland of the forthcoming album release. “It turns out we found gems instead of skeletons! We are proud of all of the many chapters of this band’s life as both Valentine and Open Skyz. This is Valentine’s second album if it would have come out in the 80s. It would have been an awesome sophomore album and it’s pretty cool to listen to these now. The whole process has been a lot of fun.”

To supplement the ‘Heart of the City’ single the band has also released a lyric video for the track which can watch and listen to here at RAMzine.

“Heart of the City” follows previous single release ‘Sandy’, and can be purchased from iTunes and streamed on Spotify.

As for the future of the band, they will continue to reunite for the occasional show every now and again – As they did last year for a very special occasion alongside their friends in Night Ranger, Danger Danger and Trixter – With no “big plans” on the cards.

However, according to keyboardist Craig Pullman: “Even though we do not play as the band Valentine we are all still close… Gerard, Adam and I still play together with the Steve Augeri Band. As for Valentine. anything is possible given the right circumstances.”

Adam Holland has a podcast called Band Forever which can be found right here.  In the first episode he, along with Valentine – and Steve Augeri Band – bandmates Craig Pullman and Gerard Zappa recall the days of Valentine from before the band was even thought of through to the eventual highs and lows of their career.

Demos From The Attic is available digitally by clicking here.