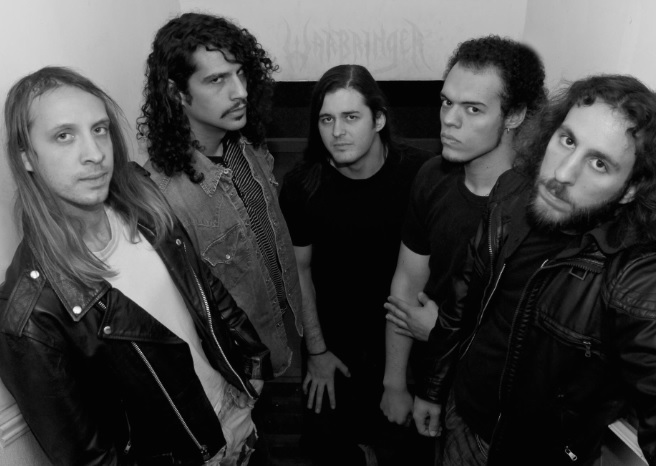 Warbringer have entered the studio to record the follow up to 2011’s Worlds Torn Asunder.

The lads are once again working with Steve Evetts in his The Omen Room studio. Drummer Carlos Cruz commented:

“Deciding to work with Steve Evetts again was the best decision for the group because of our prior experience with him. His personality, attention to detail and ability to sonically capture what the band represents will make for an amazing fourth-album experience.

Warbringer have set October of this year as a tentative release date for the album via Century Media Records. Check out the latest studio diary below!