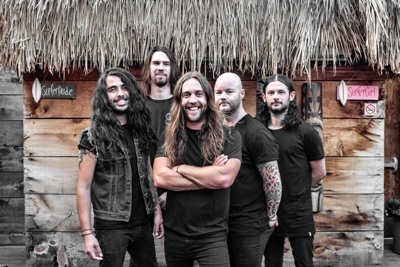 Canadian based Aussie rockers, The Lazys have released a new video for ‘Little Miss Crazy’ – a raucous, romping rock song of the highest order and sees the lads try their luck and fail with the opposite sex.

Tropical Hazards was produced by Ian D’Sa (Billy Talent) and Eric Ratz (Big Wreck, Danko Jones, Monster Truck) and features ten unabashedly outrageous songs about wild nights, pretty girls, heartbreak, and resilience. It picks up where they left off in 2015 with their Top 10 Canadian singles, ‘Shake It Like You Mean It’ and ‘Black Rebel’.

Available on CD, vinyl and digitally you can get Tropical Hazards by clicking here and watch the video for ‘Little Miss Crazy’ right here at Ramzine.

Previous: I’ll Be Damned Declare it Just Ain’t Right
Next: Gama Bomb Bring Out The Monster