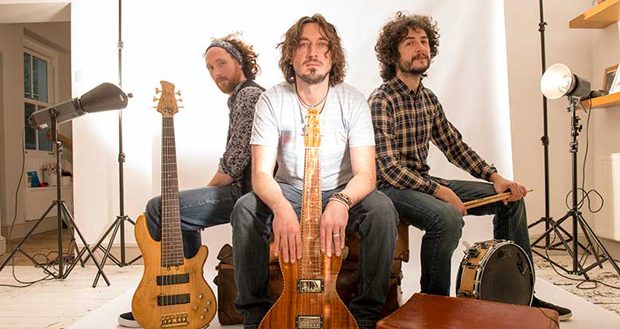 Wille & The Bandits Finding Their Way

Wille & The Bandits have released ‘Find My Way’, the first single to be taken from their new album due next February, ahead of a UK tour.

The Cornish band’s new album Paths will be out on Friday 1st February 2019, released by Fat Toad Records and distributed by Proper. Vocalist and lead guitarist Wille Edwards said: “I feel that we have finally managed to capture the various soundscapes and unusual instrumentation of our sound on one album without losing the raw, live energy of Wille & The Bandits.”

Paths can be pre-ordered by clicking here. It has been described as “A breath of fresh air challenging the listener while embracing technology and instrumental possibilities that are afforded to musicians in current times.”

The band will support the release of the new album by touring the UK in March 2019, with Rainbreakers as support. Tour dates are listed below and tickets can be purchased by clicking here. 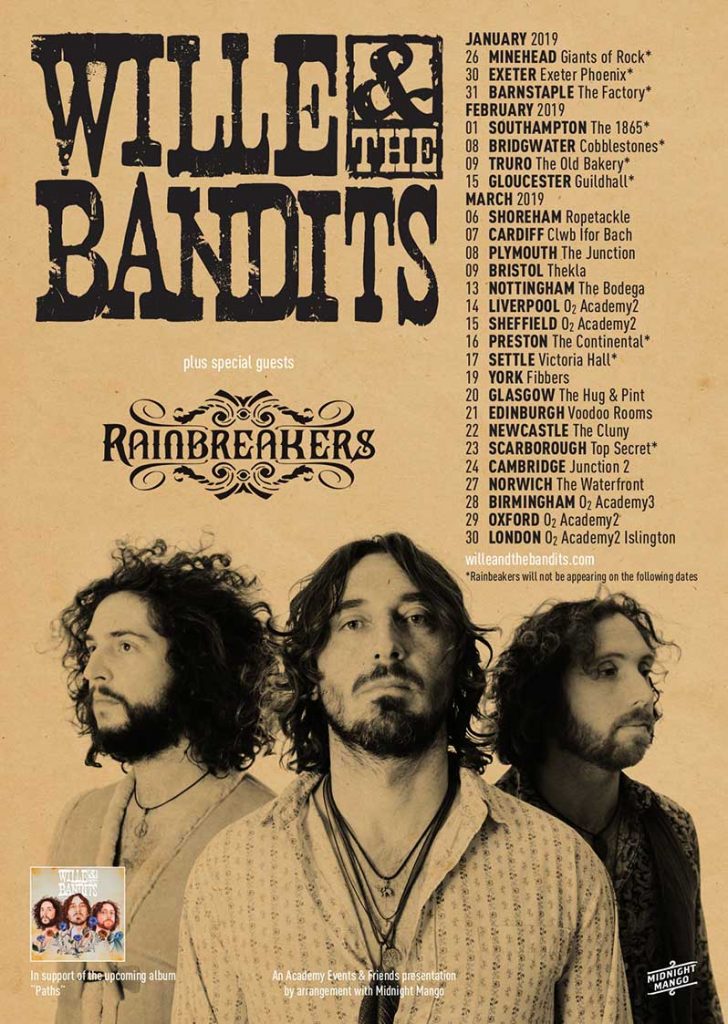 Tagged with: Wille & The Bandits

Previous: King’s X Set to Release First New Album in Over a Decade!
Next: Inspector Cluzo release We, The People Of The Soil