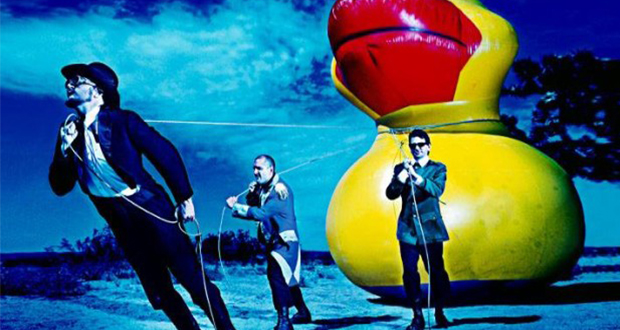 Rock legends Primus have announced their first UK shows since 2012. The trio will be returning with a special show born of their new album Primus & the Chocolate Factory with the Fungi Ensemble where they will be playing the album in its entirety as well as a regular set. The tour will also be the first UK tour in nearly 20 years to feature the original line up of Tim Alexander, Les Claypool and Larry Lalonde.

We are offering you the chance to win 2 tickets to a date of your choice. Enter here:
a Rafflecopter giveaway

The dates of choice are as follows:

Primus & the Chocolate Factory with the Fungi Ensemble is out now via ATO Records.