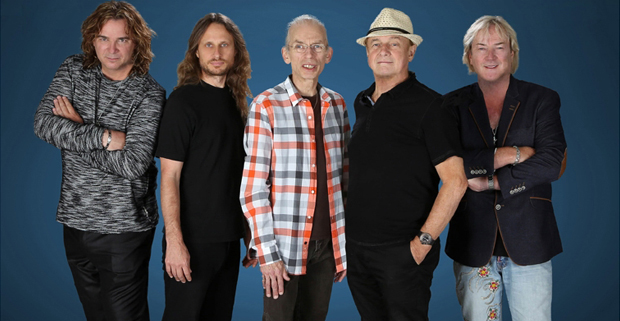 Yes have announced an extensive UK and European tour that begins in Glasgow this April. The band will be performing 1971’s Fragile and 1980’s Drama in their entirety, the latter for the very first time, plus other seminal classics including ‘Owner of a Lonely Heart’ and ‘Starship Trooper’.

“Most of the songs haven’t been performed in some 30 years,” said guitarist Steve Howe. “Fragile and Drama mark two essential chapters of our career and we’re looking forward to share the whole journeys with our fans throughout Europe.” “Reliving those years will be very emotional” added drummer Alan White “I know Chris would have loved to be here with us for this”.

Yes recently lost bassist and co-founder Chris Squire, a tragedy that left the prog world in mourning. His replacement Billy Sherwood found a big pair of shoes to fill, as Yes set out to honour his memory by keeping the band’s legacy alive. The band recently toured the US tour with Toto to an enthusiastic reception.

Founded by Chris Squire and Jon Anderson in 1968, from the first Yes were characterised by a unique, progressive symphonic style of rock music, lengthy compositions and the use of mystical and cosmic lyrics. The band found success in 1971 with two of the band’s most celebrated records, The Yes Album and Fragile. The band went on to record 21 albums and has won several prestigious awards, including Grammys.  Yes are recognised as one of the most influential icons in prog rock.

Still as relevant today as they were in the 70s, Yes have maintained a loyal following while constantly attracting new crowds of music fans throughout 47 years of outstanding career. With Fragile and Drama representing two pivotal moments during the band’s history, the tour will be an opportunity to rediscover some undisputed gems of the genre. 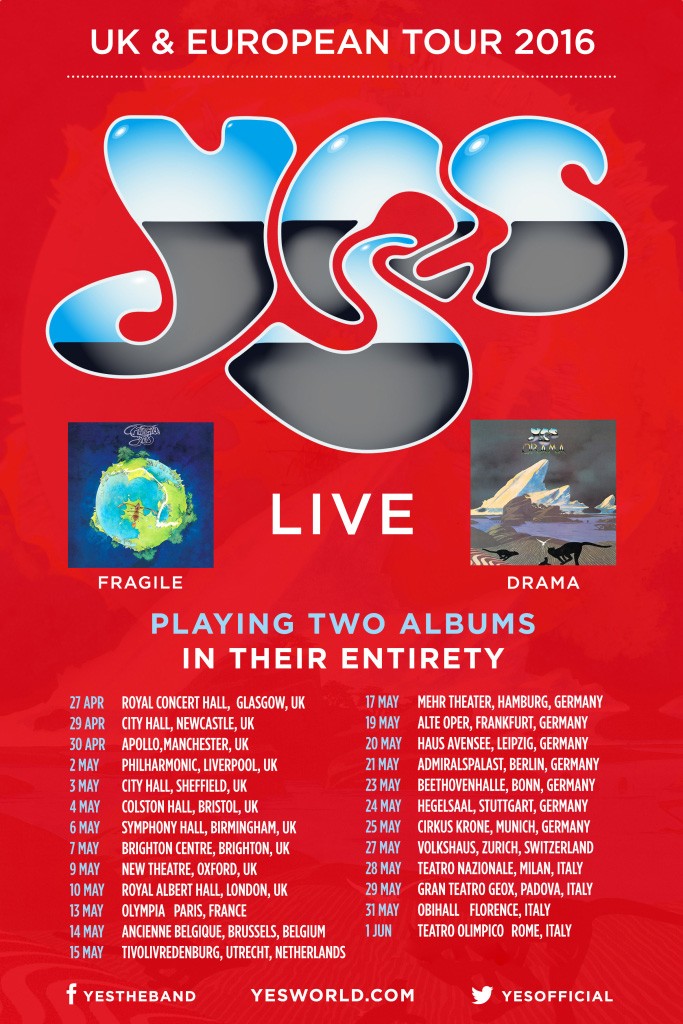