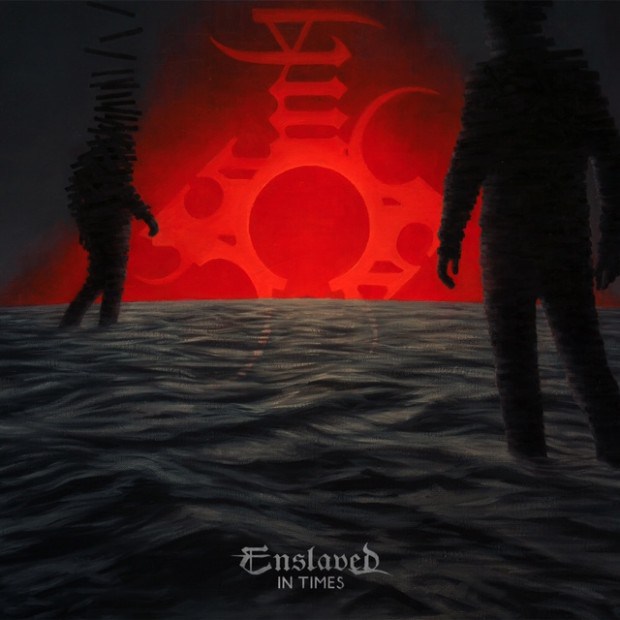 If you came in only knowing that nugget of information, then the opening to In Times would catch you off guard.  As Grutle Kjellson rips into the throat wrenching vocals that scream of that genre and Cato Bekkevold’s blastbeats machine gun away in the background, you can’t help but think same old same old.  However, ‘Thurisaz Dreaming’ isn’t a one dimensional track and through its eight minute long running time it twists between traditional black metal and a more progressive sheen, which even includes clean vocals. 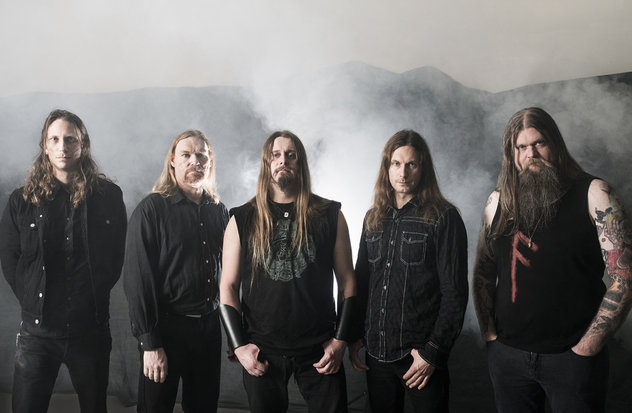 That combination of the traditional and something different runs throughout In Times.  ‘Building With Fire’ sounds more like an alternative rock track, which would easily fit on an album of similar alt rock music.  Yet, every now and then it does drop in the black metal vocals, allowing Kjellson to make his voice heard over the more straight up rock and roll.  ‘One Thousand Years to Rain’ has an almost western sounding guitar leading into it, as it gallops along underneath it. Again the black metal vocals come in over the top, but the music underneath stays far away from that black metal sound.  It’s an interesting combination and one that you can imagine will infuriate some and enrapture others.

With every track on this album coming in at over eight minutes and one going closer to eleven, it’s fair to say that there is a very progressive underpinning to everything that is being done here. Closer, ‘Daylight’, twists and turns its way into your mind and has a real melody underpinning the whole thing, which at times leads to an almost indie feel.  If you played parts of that track to people with no prior knowledge and asked them to name the band, it would be a long, long time before Enslaved dropped from their lips.

Ultimately whether you like this album or not will come down to where you stand on the musical spectrum.  If you want your black metal bands to sound like black metal bands and the thought of them doing anything else fills you with dread, then you should stay far away, but then again you have probably left Enslaved behind a while ago.  However, if the idea of a black metal band venturing into progressive and alternative rock tickles your fancy, this may well be the release for you.  Enslaved have put together an album that is equal parts ferocious and equal parts spell binding and despite the fact that at times you think it shouldn’t work, their fantastic musicianship means that by the end you are completely on board.