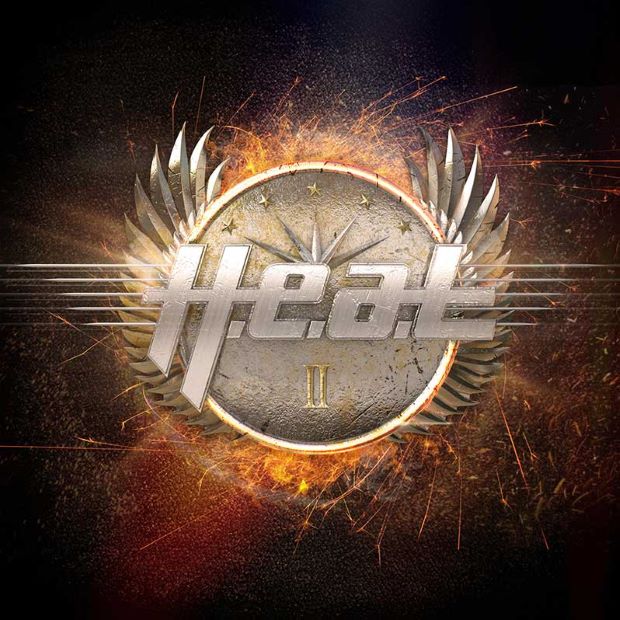 The album opens with a wave of keyboard flourishes of Vangelis like epic-ness flourishes setting the scene before being met by a leaping legato guitar riff cutting, where together in tandem they lead the way, aided by pounding rhythm as the singer tells us about a young lady who’s his “kryptonite”. Come the chorus we know the exact reason why with song title ‘Rock Your Body’ chanted repeatedly. A clichéd song lyrically, its strength overcome by its quality pomp rock dynamics.

Dangerous Ground’ is next racing off like Deep Purple Mark II before retreating back to a patch of wet, warm and sticky AOR surrounded by squeals of delight on guitar. It drops to a mid-paced guitar and keyboard interchange (again very Purple-esque) before the guitarists fingers flash across the fretboard eliciting high searing notes in solo.

There’s another keyboard introduction for ‘Come Clean that leads into one of those mock dramatic stop/start tunes, building ever up until it releases into a sugar sweet hook chorus (while the band pound away underneath) with variations on the keyboard theme returning to close the piece.

Acting in reverse, the next number, ‘Victory’, opens with a guitar chopping away and a mellotron-like sound following before we are again in Deep Purple territory – Though this is more the Mark III version as the singer roars a little deeper.

We are however heading into a plethora of songs with related themes. The overall intent behind them might be tell us we should think for ourselves, consider our own mental wellbeing, be proud of who we are and what we can achieve. Truthfully though, lyrically songs like ‘We Are Gods’ veers too far into a Manowar performing in the Eurovision Song Contest tirade, while the overall song structure is fine. ‘Adrenaline’ operates in the same would-be macho vein and overplays the title being repeated as chorus again, but stomps along well musically with guitar flourishes and an admirable six string solo.

‘One By One’ has the theme continuing but the results are much better with a euphoric choral “Whoa-whoah!” in tandem with a sweeping synthesiser line in opening and later (in between a churning speedy undertow). Lyrically the skewered-machismo thing comes on strong and we don’t quite get the angry man bit and the overall melody is what keeps us listening.

‘Nothing To Say’ with it steady AOR beat AOR is more atypical of what we have come to expect from H.E.A.T in the past, as to some degree is the A-ha like keyboard ballad ‘Heaven Must Have Won An Angel’.

‘Under The Gun’ features an exquisite keyboard arrangement introduction that varies even as a guitar comes in duplicating its main theme. Broken chords ensue over a pumping bass in this very Journey like number where voice and music are of equal strength. With dramatic stop starts, keys whirring, and another juggernaut repulsive riff over chord runs – It’s all shock menace, kind of like Sweet’s Blockbuster lyrics repurposed for a latter-day Rainbow number alongside some neo-classical touches with keyboards playing away under the guitar solo.

Finally, as keyboards play out slowly, a helicopter like whirring gives way to a wailing guitar and a scream of “We rise!” is elicited, for a chugging AOR melodic rocker as bass and drums push the beat and an elegiac guitar plays out this album heads towards its conclusion.

Less influenced by Europe this time round, and despite some similarities to the more lightweight Journey in places, overall H.E.A.T raise their game this time round, musically empowered with heart by keyboard player Jona Tee and guitarist Dave Dalone’s production, and bringing themselves to the fore musically, while rhythm section Jimmy Jay (Bass) and Don Crash (Drums) pound away in full support. Unusually, vocalist Erik Grönwall, normally the centre of attention, while still a great singer, comes across better when harmony vocals are in evidence, that bolder musical approach requiring a fuller sound throughout. 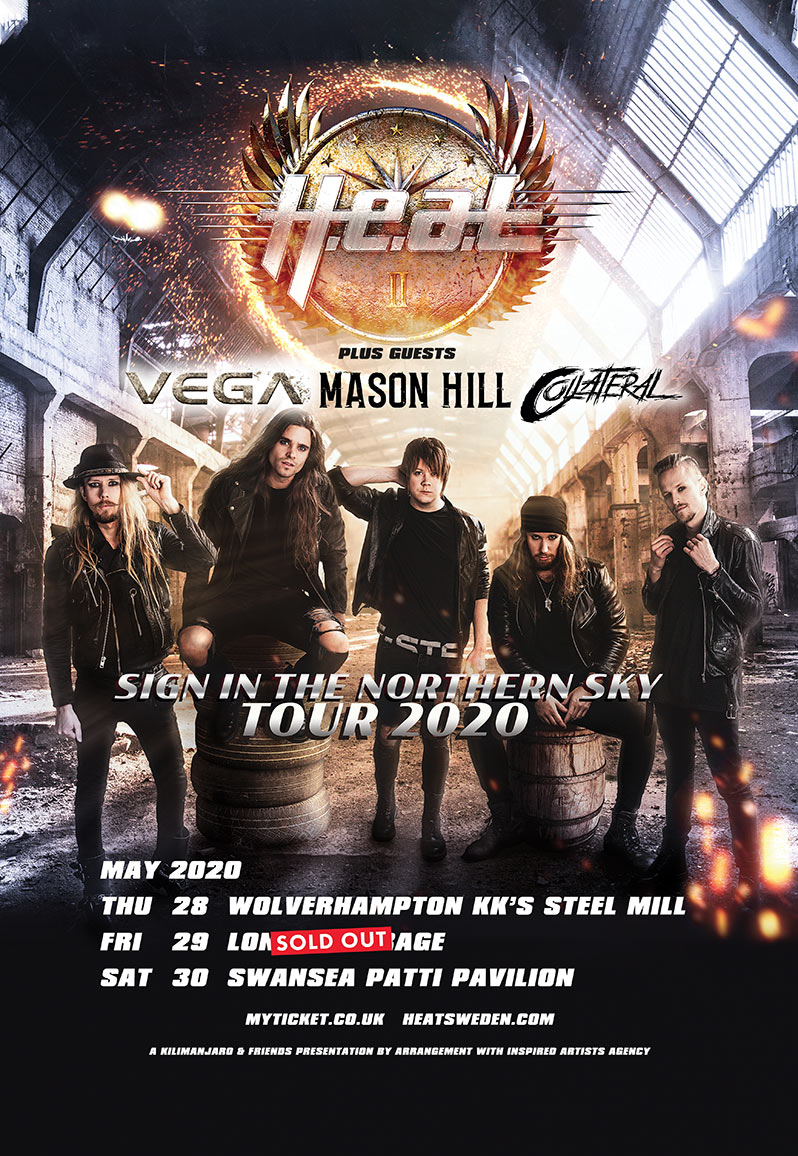