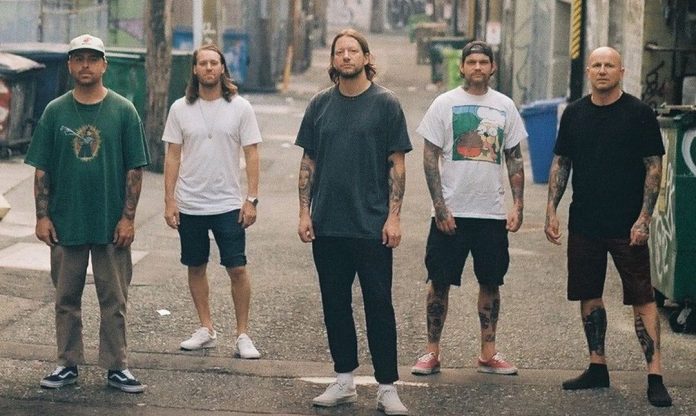 Comeback Kid are making a return to the limelight with their new full-length album Heavy Steps set to be unleashed worldwide on January 21st, this is the second record to be released in their Nuclear Blast tenure and was due to be supported by a US/Canadian tour and until recently; a European and UK tour which was unfortunately cancelled due to Covid concerns.

Since Outsider in 2017, there has been another shuffle in the ranks, the ever-changing bassist position having been filled by Chase Brenneman of Living with Lions in 2018.

One thing I have noticed about Comeback Kid records is how hard the opener hits, Heavy Steps is a cacophony of dirty bass, classic Hardcore guitar riffs and a melodic chorus which actually gives me BMTH vibes (not a bad thing in my opinion) – all brought together by Neufeld’s gravelly fry screams and balls to the wall lyrics, You can easily imagine the sort of impact a song like this would have live, plenty of opportunities for gang vocals and crowd chants.

Comeback Kid, true to form as seen in previous records have several guest vocalists appearing which mixes up their sound. Joe Duplantier (Gojira) features on ‘Crossed’, a frantic neck breaker that delivers crushing riffs ‘Everything Relates‘ features vocals from JJ (Deez Nutz); the track has a real old school Comeback Kid feel with harmonised octaves and a breathless pace.

The end is just as important as the beginning and ‘Menacing Weight’ takes everything Comeback Kid seem to have added into their sound over the years and delivers a track that ends the record perfectly with harmonised guitars, frantic bass and drums and harmonised clean and dirty vocals, a real soundscape and something the band are continually adding to their sound. Fans of the band will know what they’re getting with Heavy Steps and new listeners will have a mixture of old and new Comeback Kid to enjoy.