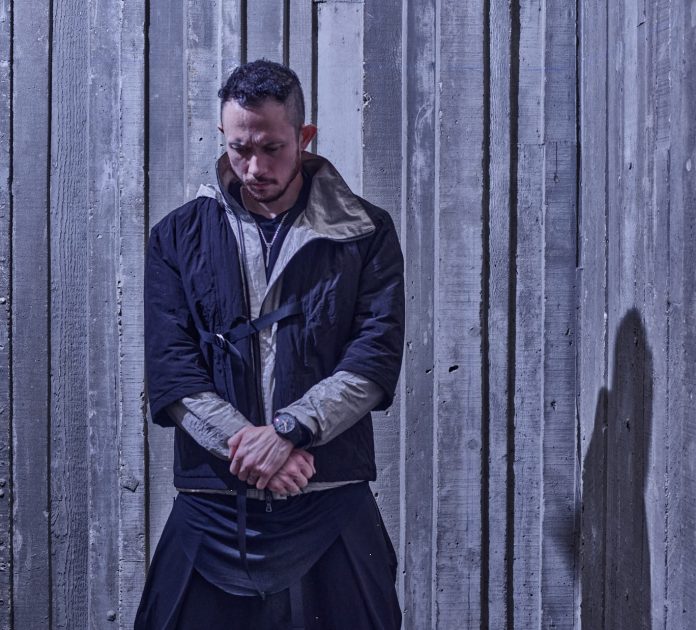 One of the most anticipated metal releases is just around the corner at the time of writing this review. Trivium’s Matt Heafy’s black metal project is long-awaited to say the very least, it’s been a project around a decade in the making, in those years it’s been mulled over, crafted, honed, sculpted and finally recorded, the end result is a storied album packed with personality, incredible musicianship and expert songwriting…. this is Ibaraki…

To understand and appreciated why this debut “solo” record is one of the most important metal realises of the year, if not the past few years, you need to know the story behind it and the soul that has been poured into it. Myself, personally, I’m not a huge Black Metal fan, I dabble at most but even I have been eager to hear this record since I first caught wind of it.

Rashomon is Heafy exploring not just the range of his artistic gifts but his Japanese heritage and to do so he has involved his family, Trivium bandmates and musical influences along the way to produce this album. With tracks featuring, Nergal (Behemoth) and Gerard Way (My Chemical Romance), as well as the album being contributed to, produced and engineered by black metal veteran Ihsahn (Emperor). It was actually Ihsahn’s solo and black metal work that inspired much of the Ibaraki project in the first place.

“‘Akumu’ translates to ‘nightmare’ — and with this piece, I encourage the listener to work to find their interpretations of what they feel from the lyrics, music, and the haunting visuals of the music video,” – Matt Heafy

The record is a collection of ten widely unique tracks, black metal in essence yet all are individual, melodic, atmospheric, heavy and masterfully constructed, I’m confident the record will speak to both black metal fans and fans of Heafy’s other work and of course Trivium. This is a record that certainly can build bridges between genres and fans that may not traditionally mix and that’s just a small fracture of Rashomon’s beauty.

While this is an album that’s easy to review in the sense that I can tell you in written words that it’s excellent and you should listen to it the first chance you get, paradoxically it’s an album that’s very hard to review as you absolutely need to hear it to appreciate it’s sheer presence and impact, something that’s difficult to truly convey through words on a screen.

The three singles that have preceded the album, ‘Akumu Ft Nergal ‘, ‘Tamashii No Houkai‘ and the epic ‘Ronin ft Gerard Way’ are a fine sample of the overall album’s diversity in aesthetics yet consistency in make-up.

“Gerard Way has been a long-time inspiration for me – like Ihsahn and Nergal – I have looked to Gerard as a constant source of motivation to be creative. While Gerard and I may be from different genres than where Ibaraki and black metal stem from – outsiders of sorts – the spirit and intent of our performances is what unites our passion for pushing boundaries.” – Matt Heafy

There’s raw chaos to the musical approach yet it’s explored in such an interesting and impressive theatrical and dramatic way that’s not present on a large number of black metal records (to my own, admittedly, limited knowledge of the genre). The tracklist is perfectly arranged and gives the whole album an enjoyable pace, with interludes, tempo changes and atmospheric switches all completing each other exceedingly well.

How to sum up an album that can’t really be summed up then? I can’t, not entirely at least, you simply have to listen to it, experience it, sit with it, approach it from different angles, each play will feel different and you’ll notice different little nuances you missed on previous spins. Take your time with Rashomon as it deserves your full attention, this is more than just a solo project as Heafy himself has alluded to in the press, it’s an excellent feat of metal music and a more impressive work of art, an album of the year contender that’s going to be hard to top.

Rashomon is out May 6th Via Nuclear Blast.