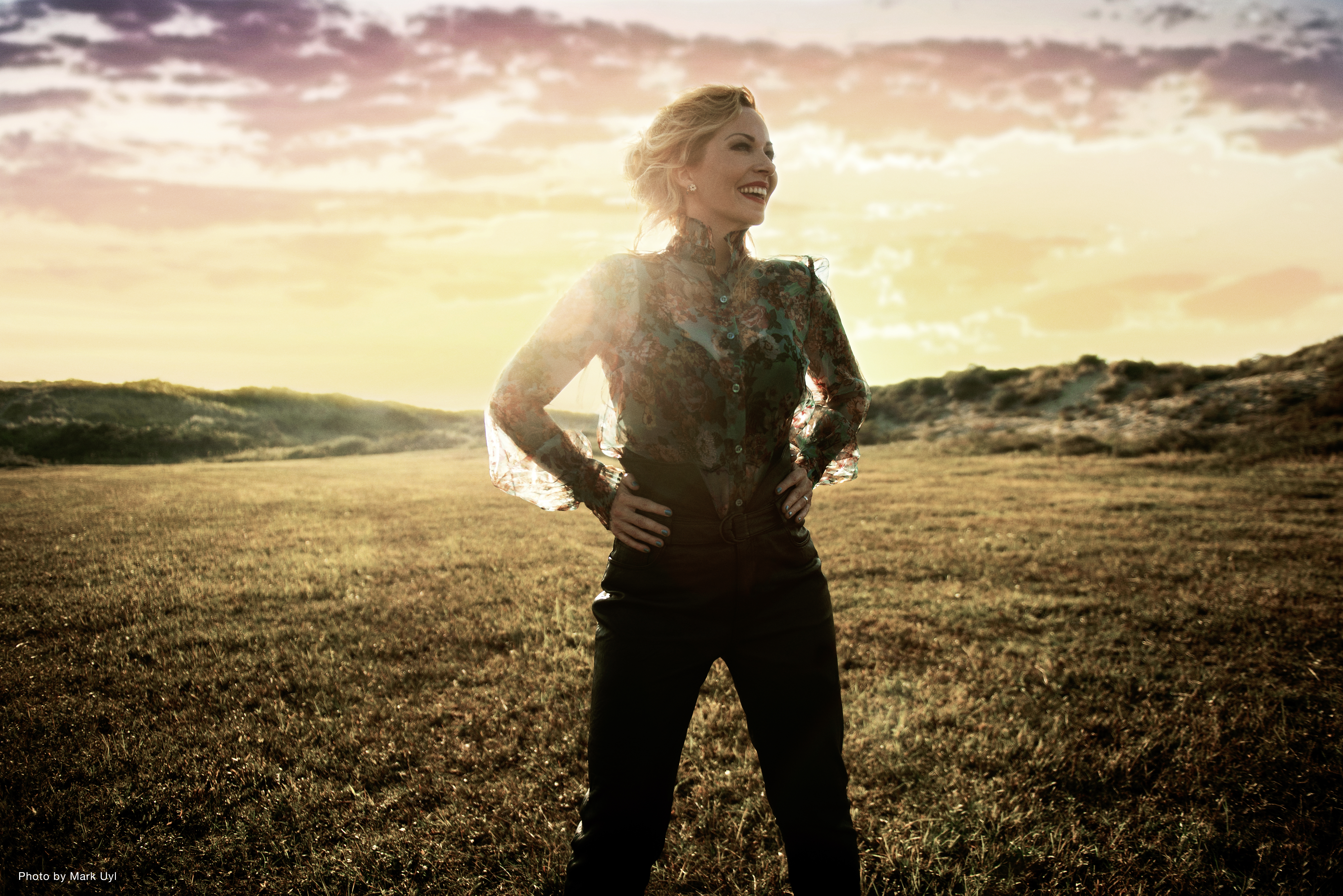 There probably aren’t too many albums which can claim to have been inspired by the Japanese art of Kintsugi, the piecing together of a broken object or a euphemism for recognising your flaws and imperfections, but the latest album by Anneke van Giersbergen is one which can. The title, The Darkest Skies Are The Brightest, refers to the notion in an intensely personal manner.

Challenges are often part of life’s rich tapestry which, in this case, was inspired by a temporary glitch van Giersbergen experienced in her marriage (happily now repaired). Her journey through this personal storm is what helped write the songs on an album which is quite likely the most evocative in her lengthy career. If you have a soul, this is an album which’ll resonate with it.

The Darkest Skies Are The Brightest is an album without any pretension. It’s sincere and is sung from the heart about what she was feeling and experiencing at the time of writing. Similar to Amy Birks’ album, All That I Am and All That I Was, van Giersbergen has taken a bad situation and put it to music. Amy sang about how she’d come out of a bad situation as a stronger person, and van Giersbergen sings about how her relationship survived. She sets her stall out on album opener, ‘Agape,’ the song giving the album its title. One of the lyrics she sings ‘We’ll move heaven and Earth to find a way,‘ and from here onwards, she sings every song with a clear message: even when things aren’t looking good, there can still be brightness ahead.

The album is comprised of just van Giersbergen’s voice and acoustic guitar with the occasional addition of strings, atmospheric violin, and other backing voices — and is all the better for relaying the sentiments expressed. In ‘My Promise,’ she opines ‘I’ll run through fire and I’ll ride the storm,’ and on ‘The Soul Knows’ she sings ‘My soul knows the way, and my heart guides me to your arms.’ While the backing on most tracks is largely minimal, for this scribe, a couple of the songs would come across better had they remained purely acoustic — such as ‘The End’ and the delightful ‘Losing You.’ Not all the songs on this album are gentle, however. ‘Survive,’ with its message of ‘…survive, you are strong,’ has a swampier, foot-stomping groove. The album ends wistfully, with ‘Love You Like I Love You,’ where van Giersbergen admits ‘I wouldn’t be the woman I am today if I didn’t love you like I love you.’

If you only know of Anneke van Giersbergen’s work through Vuur or her earlier band, The Gathering, this is an album which will indeed surprise you — but in a pleasant way.

The Darkest Skies Are The Brightest will be released on 26th February via InsideOut.