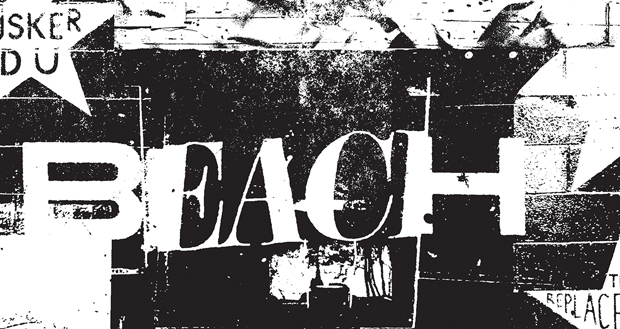 Leave it to Beach Slang to pack a tremendous punch in just two songs alone, and to sweeten the deal, have those songs not even be their own. The band may be from Philadelphia, but they’ve taken on covers from two of Minnesota’s finest musicians in their latest EP, MPLS: Paul Westerberg and Bob Mould. Westerberg and Mould were in The Replacements and Husker Dü respectively, and each band cut their teeth in Minneapolis and St. Paul’s  DIY circuits in the early 1980s. Though Westerberg and Mould’s work (both in their respective bands and in their solo endeavors) is permeated with a sense of timelessness, Beach Slang’s covers of Westerberg’s ‘AAA’ and Mould’s ‘I Hate Alternative Rock’ gives each track a new kind of vigor; they take the flames that each original version lit and fan them to create a distortion-fueled wildfire that has an inherent appeal to the ear. Beach Slang’s covers of each track are masterfully done because they harness the key components that make each original version special. The gentleness and sense of resolution of ‘AAA’ and the sharp and unapologetic lyricism of ‘I Hate Alternative Rock’, while seamlessly melding that with their natural ability to generate raw sonic power that invigorates the listener.

In the same manner that The Replacements released an electric outtake of their hit ‘Can’t Hardly Wait’ that served as an amplified companion to its original version, Beach Slang’s ‘AAA’ takes on the role of the voltaic twin of Westerberg’s. The sweet-sounding strumming that peppered the original with a sense of lightness is now manifested as a heavier fare that is infused with a delectable combination of spirit and spunk, and frontman James Alex sings Westerberg’s lyrics with an incredible sense of conviction, making the track’s famed line of “I ain’t got anything for anyone anymore” sound like a noble credo. While Westerberg’s original version of ‘AAA’ is certainly light and lovely, Beach Slang has augmented the track by turning it into a full-throttle medley of every sonic element that rock lovers insatiably crave to have fill their ears. Beach Slang reworks Mould’s ‘I Hate Alternative Rock’ in a similar manner, with grittier guitars and deeper rhythms making the track resonate with the listener like a sharp strike of summer lightning. Similar to ‘AAA’, Alex sings the lyrics with a sense of unbridled authority as if each track was a creation of his own. Rich and roaring throughout the entirety of its duration, Beach Slang offers a perfectly power-fueled rendition of Mould’s original hit.

Though ‘AAA’ and ‘I Hate Alternative Rock’ are covers, each track encompasses a trait that has been a cornerstone within Beach Slang’s existing discography. ‘AAA’ has a distinctive humanity to it, and Beach Slang’s raw songwriting has long been hitting the bullseye in the epicenter of the soul. On the other hand, ‘I Hate Alternative Rock’ embodies a degree of rock ‘n’ roll sovereignty that Beach Slang’s work absolutely shares; their music has been full-bodied and textured with noted consistency. Given that these elements in play, it leaves no question as to why Beach Slang was able to create an EP that provides such a comprehensive listening experience through two tracks alone.

Lindsay Teske
Assistant Editor of RAMzine - Given that she was starting to listen to Led Zeppelin at the same time her friends in school were starting to listen to the Jonas Brothers, Lindsay isn't surprised that she grew up to write about rock and metal music. Originally from Chicago, Lindsay holds a BA in Public Relations and Advertising from DePaul University. She also writes for Consequence of Sound, is a self-appointed Sex Pistols expert, and loves to discover emerging artists. Above all else, though, Lindsay is so