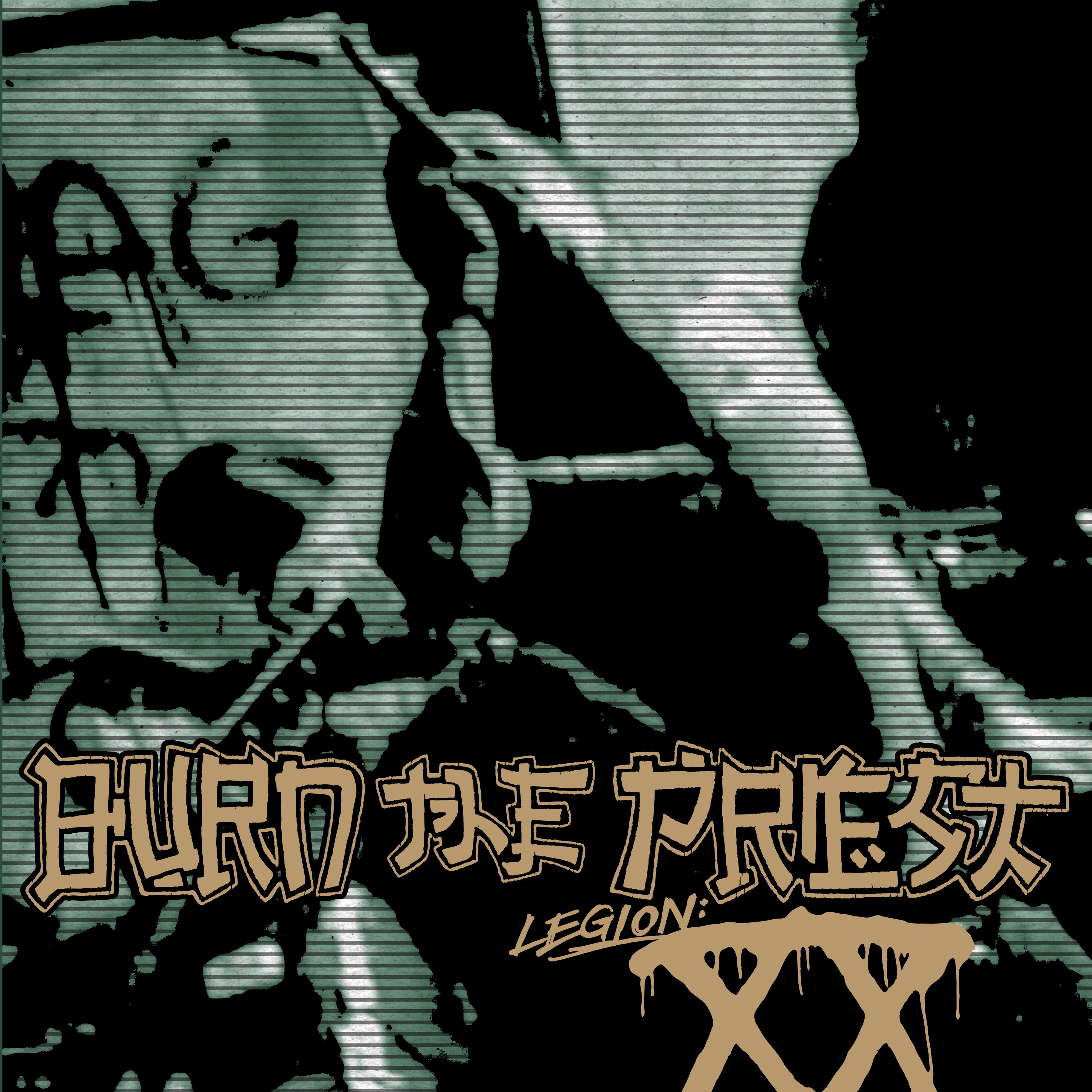 There is so much that can be said about nostalgia, looking back on life in all its good, and bad glory. One thing that is for certain though, when you have managed to do something that gets you known, it doesn’t hurt to remember where you come from and what got you there. Legion: XX is in a way like that, a band looking back at what got them doing what they do in the first place, and if you’re going to do something like that, why not go a little further and do it under the name you used to have when you first started. Originally as Burn the Priest, they released one self titled record before the name changed to Lamb of God to avoid association with a satanic metal band of the same name, the rest is history.

Marking twenty years since their debut release, they’ve taken a look back at what inspired them to become the monster they have, taking to the studio to put together a covers album of tracks by ten tracks but artist of varying genres under the rock/metal tree, not unlike Garage Inc. by Metallica. From hardcore to punk, plenty is covered and all in their own style, extremely well known and some lesser known bands depending on your age/tastes make the cut.

Right off the bat, they hit out with Inherit the Earth by The Accüsed, from then on they hold back no punches. Instantly recognisable as to who you are listening to, you could be mistaken for thinking this is an original track by themselves, some serious thrash straight down your throat, throwing you off balance with Honey Bucket by one of the best bands going that are extremely hard to pigeon hole into any one genre themselves, The Melvins, they do it some amazing justice.

One of the first bigger curve balls is the cover of Big Black and their track Kerosene, an aggressive punk band that began and ended in the 1980’s, having been available to listen to this track already should have people warmed up and in some cases, discovering a new band they may not have been privy to beforehand.

S.O.D, or Stormtroopers of Death are showcased next with a blend of hardcore and thrash, what follows seems to be an open floodgate to more hardcore with legendary artists like Agnostic Front and Cro-mags making the cut. Those that purchase the LP copy will find the added bonus of Helmet gracing the release too.

As the album plays from start to end, it is not hard to get comfortable with the sound despite the throws from genre to genre. Blythe sounds like he genuinely is having the most fun he has ever had vocally. It shines a different light on his aggressive control of the mic. Will Adler and Morton are as tight as they have ever been, and they step up to the mark all through the album with the rhythm section of Chris Adler and Campbell that both get plenty of time to shine. Possibly the bands biggest showcase of skill comes from the simple, yet off the cuff Ministry cover. A frenzy of insanity that can have one single mistake showing up clear as day.

Getting together for a good time and jamming out to your favourite artists and songs, is there ever a better thing to do? and it is fantastic to have that shared with us by them. The best reason to never forget why you started playing an instrument or started a band, all right here in one awesome release.

Legion: XX will be out for release May 18th via Nuclear Blast.