If one word could be said to sum up the music and career of Canadian rock musician Devin Townsend, it’s probably Iconoclastic. Since he’s rarely in one place for any length of time and is always following his muse to wherever it leads him. Which puts him alongside fellow Canadian Neil Young, who’s always gone his own way and made cantankerousness a lifestyle choice. This does make it difficult to put a label on him or his music, but it does make for quite the ride. As does this album.

Listening to this album, though, I wasn’t quite sure I knew where the ride was taking us. Simply put, it’s hard to state whether Devin’s new album, Empath, is a metal album, albeit one of superior quality which doesn’t just grind out riffs, or whether it’s a rock album with tinges of the blues, pop, rock, etc, or whether it’s an album which is all over the place. The purpose of Empath, says Devin Townsend, is “to see what would happen if all the styles which make up my current interests were finally represented in one place”. Well, they’re all here. You want rock with orchestras, choirs and scorching riffs mixed in with a touch of ambiance and pop ? Empath has it all.

This makes Devin Townsend’s music an acquired taste. Easy listening he’s not. His music is rich, dense, multi-layered and occasionally bewildering. Oh, and often played with bombast and more attitude than a surly armadillo. And this album is no different. After the relatively quiet intro, ‘Castaway’, featuring some nice Gilmouresque touches on guitar, the choir then enters, and this soon merges into ‘Genesis’, with some throat shredding vocalising from the man himself. And this largely sets the scene for the rest of the album.

‘Evermore’ and ‘Borderlands’ continue the pattern laid down at the beginning. One notable exception is ‘Requiem’ featuring a choir intro sounding like a prayer, and with the track sounding like Nightwish. However, closing track, ‘Singularity’, at twenty-three minutes, borders on sonic overkill and is grievously overlong.

Devin Townsend has a body of devoted fans who’ve elevated him up almost to genius level, and who will readily absorb what this album has to offer. For myself, though, I doubt this album is likely to widen his fan base to include those who aren’t necessarily fans. Whilst undeniably there’re plenty of positive things on this album, if you knew nothing about Devin Townsend and wanted to have an entry point, this is probably not the album to start with. 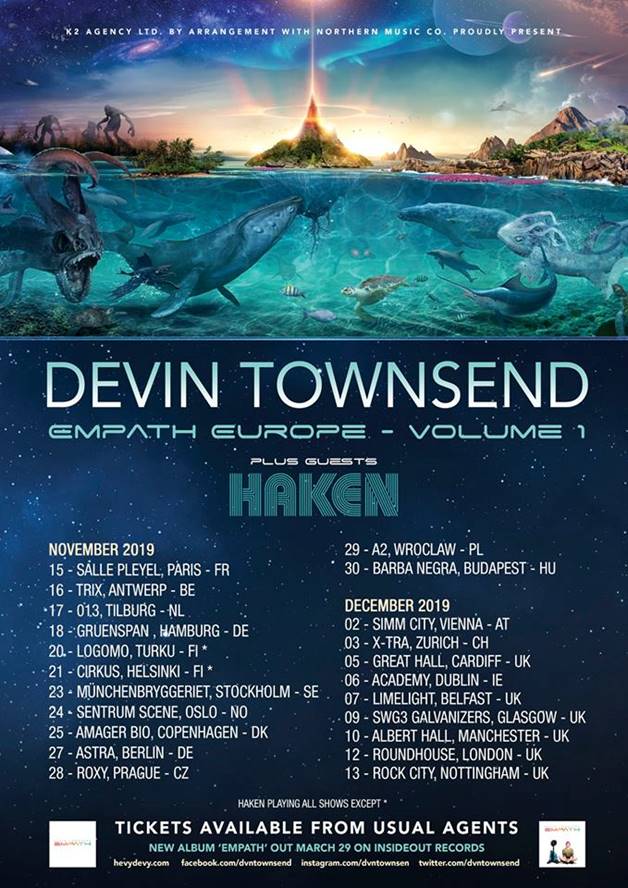