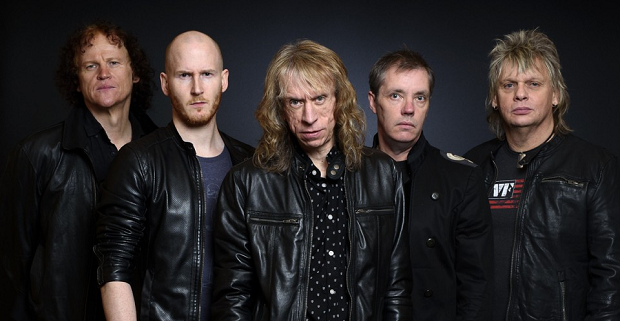 All aboard ‘The Coffin Train’! NWOBHM stalwarts Diamond Head knock it out of the park with a brand new album. Formed by two working-class teenagers from Stourbridge, the UK in 1976, Brian Tatler & Duncan Scott would unwittingly help to create a blueprint for the NWOBH sound and become an influence for generations of metal musicians that have come and gone since.

Diamond Head have their fingerprints all over the sound of bands such as Metallica and Megadeth not to mention a whole swathe of there peers. From there very first outing with the acclaimed Lightning To The Nations album Brian Tatler has never strayed far from what he calls ”The Brief” with the newest outing The Coffin Train being no exception. This is the second outing on vocals for Rasmus Bom Andersen, whos range and style I think has brought the last albums to life, his off-kilter style mimics early outings with original frontman Sean Harris but lends his own character to each song.

The album kicks off with a belter of a track ‘Belly of the Beast’ this is straight out of the playbook that brought the band to the table in the first place, and for a man who is 59 years old,  Brian Tatler can still shred and riff with the best of them. It’s obvious from the outset that the duo of Tatler and Bom Andersen are on the same wavelength. They have opted for a more dense and produced sound this time around which took me a few listens to fully love, but it sounds massive.

This is an album written on the road and recorded in several different places namely Vigo Studios in Walsall, Circle Studios in Birmingham, and with the mixing and production did at Ras’ own Raw Sound Studio in London there is no wonder the album is so diverse, they have come a long way since the biscuit tin drums that’s for sure. I think they finally captured with The Coffin Train what has maybe been missing, that larger than life sound. The title track and ‘Shades of Black’ bring the tempo down briefly but does nothing to derail the momentum of this blinding album. Other highlights are ‘Death by Design’ and ‘Serrated Love’ both classic Diamond Head.

To sum this album up would be to sell it short, if you are a fan of the NWOBH movement this is for you, if you like Metallica – this one is for you but most of all if you are a Diamond Head fan, in my opinion, this has finally captured what has been missing all these years. 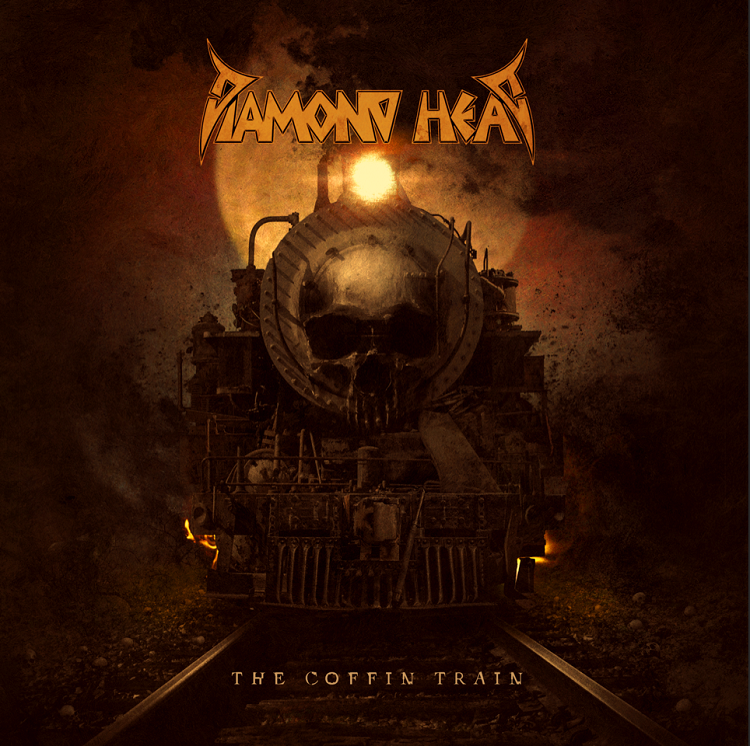