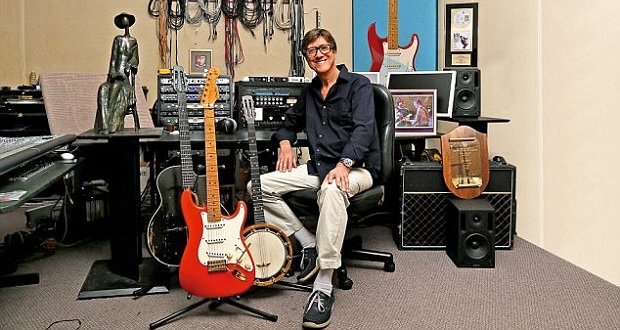 The UK has consistently punched above its weight when it comes to producing the world’s stellar rock guitarists down the years, with many of them going on to sustain long, illustrious and influential careers. Few of these players, though, can truly be described as having been seminal, in the sense they’ve inspired a whole generation to want to learn how to play the guitar. But one person who can is Hank Marvin.

The sight and sound of him in The Shadows circa 1960-61 playing a red Fender Stratocaster guitar, often with extended usage of the tremolo arm to distort the notes played, sent paroxysms of delight down the spines of many young teenagers who decided they too wanted to play one of these guitars and make that sound. The list includes legends like Ritchie Blackmore, Mark Knopfler, Brian May, Jeff Beck and Alvin Lee amongst many others. Hanks place in rock history is absolutely guaranteed.

Hank’s skill is in how he plays, the sound of the notes he plays and the feeling he injects into what he plays, which has set him apart from other guitar players. There’s nothing he plays which practically every other guitarist can’t play but it’s the way he plays them: the clarity and ringing sound of every note, the touch of je ne sans quoi, which sets him apart from others. When you hear a piece of music, you can always tell when it’s Hank playing the guitar on it.

Gold’is a 59 track, 3 CD set where Hank pays homage to several artists he’s admired down the years. The Shadows are no more so Hank is free to play whatever tunes he cares to and, on this set, he’s selected several favourites. He reprises ‘Move It’ (with Cliff Richard), ‘Wonderful Land’, ‘Nivram’ (with Mark Knopfler) and Summer Holiday from his old band’s catalogue.

He gives us ‘Fool on the Hill’ and ‘While My Guitar Gently Weeps’ made famous by The Beatles. And also ropes in legendary US guitarist Duane Eddy for a version of the Ventures classic ‘Pipeline’.  There are also songs from Buddy Holly, several film scores and a random selection of other pieces of music, including the theme from Doctor Who and, somewhat bizarrely, ‘California Girls’ by The Beach Boys.

Despite some of the comments about why he’d choose to play certain songs – his choice of songs really doesn’t matter anymore. Here in the UK, Hank and The Shadows are national treasures and you know, if Hank Marvin plays a song, it’ll be performed beautifully. All the way through this set the playing is never less than majestic. He’s long been at the stage of his career where he can do whatever the hell he likes and still be assured his stellar rep will not be tarnished. This 3CD set will break no sales records and win no awards, but it’ll remind you if you need it, just how good Hank Marvin is as a guitarist. 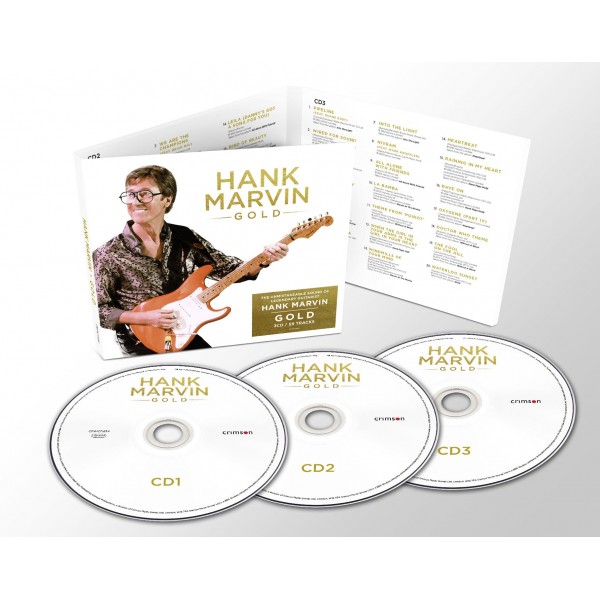