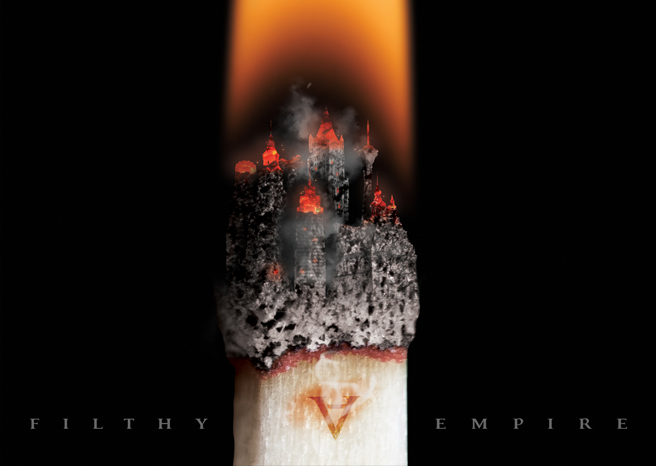 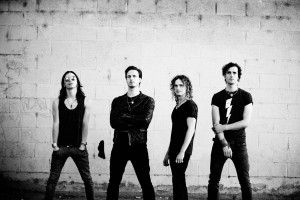 Heaven’s Basement have been around for a long time, and I mean a long time. Formed back in 2008, the band have gone through different line ups, and now finally have released their first full length album with a settled line up; vocalist Aaron Buchanan, guitarist Sid Glover, bassist Rob Ellershaw and drummer Chris Rivers. Together, they have created just what may be one of the best debut albums of all time: ‘Filthy Empire’.

Throughout listening to the album, it is evident that this is a band who are seriously passionate about what they do, but also a band who thoroughly enjoy it. The rock and roll attitude that drips from opening number ‘Welcome Home’ its a sheer joy, with Buchanan’s vocal range really blasting out of the speakers. First single ‘Fire, Fire!’ and ‘Nothing Left to Lose’ really carry this feel on.

The guitar playing is something to be marvelled at, with Glover playing the role of both rhythm and lead guitarist. His consistency and sheer simplicity of his guitar parts is amazing, yet he knows when to boost the song with a tricky musical figure. This musicality plays off Buchanan’s vocals perfectly and on songs such as ‘I Am Electric’ and ‘Can’t Let Go’, this shines through. His lead parts are so musical, yet scream out in a virtuoso style.

The rhythm section is tight all the way through, with Rivers and Ellershaw showing their understanding of each other’s styles and their own individual parts. This is a real key component to the album; without this tight rhythm section, the songs wouldn’t come across half as well as they do. On songs such as ‘I Am Electric’, the unbelievable ‘Executioners Day’ and ‘Lights Go Out In London’, the effectiveness of their parts is just fantastic.

In summary, this is a simply fantastic album. I implore you, purchase it, and support one of the very best up and coming bands, not only in the UK but in the entire world. Every so often, a debut album comes along and hits you in the face like a freight train. This is one of them.