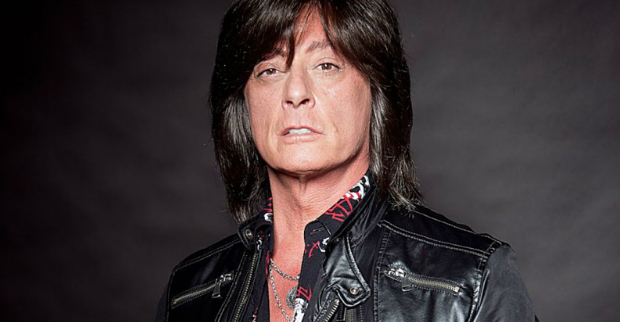 The former Rainbow and Deep Purple vocalist that is the legendary Joe Lynn Turner is still out there touring and rarely (if ever) puts on an anticlimactic show. Yours truly has caught quite a few performances by Turner over the years and has never gone home even remotely disappointed afterwards. The man possesses a set of heavenly pipes and there is no one out there quite like him. His work with Rainbow during the eighties not to mention his superb performance on Deep Purple’s underrated Slaves and Masters record (1990) speak for themselves.

Last night’s gig at the rather small, intimate, and cosy venue christened Madam Felle, which is located in Bergen, Norway, turned out to be yet another entertaining and memorable show by JLT and his highly skilled cohorts. Backed by drummer Darby Todd (Gary Moore, Robert Plant, The Darkness), bassist Ken Sandin (Bobby Kimball, Kee Marcello Band), guitarist Jorge Salan (SOTO), and keyboard maestro P-O Nilsson (Bobby Kimball, Robin Beck), Turner went on stage at exactly 11 PM and kicked things off with a delightfully kick-ass rendition of the Rainbow classic ‘Death Alley Driver‘. Surely, there is no better way to kick off a JLT gig than that, right? Apart from Turner’s powerful vocals and solid performances by the band all around, what immediately stuck out was the awfully raw and uneven sound. It took a while for the crew to level things out, but they were never able to attain a sound that was truly decent. The rather patchy sound was something that would haunt the performance from time to time, which was a bit of a shame, really.

Turner himself was in great shape and his vocals struck that perfect balance between being crystal clear, pristine on the one hand and raw, gritty on the other. The way in which he infuses those old Rainbow cuts with such passion and emotional intensity is simply mind-blowing to experience, but one thing that was lacking were the backing vocals in the sense that they sounded devoid of power. Of course, that could have been down to the problems they were having with adjusting the sound that were mentioned earlier on, but they sounded strangely out of tune and a little out of sync as well, which meant that they did not lend as much support to Joe Lynn Turner’s divine vocals as they were probably supposed to. Also, there were a few times when the entire band appeared anything but tight and a little unsure of where they were heading, but given that this was more or the less the start of the tour one could hardly blame them; there is always a bit of trial-and-error involved at the very beginning of long trek.

Luckily, the setlist was mainly centred on the unholy trinity of Rainbow LPs that JLT appeared on, namely Difficult to Cure (1981), Straight Between the Eyes (1982), and Bent Out of Shape (1983). Turner and his ensemble ploughed through timeless and ever-brilliant compositions as ‘I Surrender‘, ‘Stranded‘, ‘Street of Dreams‘, ‘Stone Cold‘, ‘Can’t Let You Go‘, ‘Drinking with the Devil‘, ‘Spotlight Kid‘, and ‘Jealous Lover‘. On top of that, a couple of moving and heartfelt non-Rainbow pieces in the shape of ‘Endlessly‘ and ‘Dreamin’‘ were aired and they sounded phenomenal. The riveting Yngwie Malmsteen tune ‘Rising Force‘ also went down a storm. The excellent medley of the immortal hard rock hymn that is ‘Long Live Rock ‘n’ Roll‘ and Purple’s fantastic ‘Lazy‘ was excellent and it was really cool that Turner dedicated it to his old friend and comrade Ronnie James Dio. The medley also included a few solo spots, most notably one by the talented Darby Todd.

Apart from a few glitches and problems with respect to the sound, the only real downside to an otherwise entertaining and solid concert was the crowd and how they responded to the performance. The first few rows were singing along, clapping, and generally just having a good time, but quite a lot of people in the back and margins of the venue seemed way off and were clearly only there to get wasted and cause trouble, which was both a bit of shame and totally fucking puzzling. After all, Joe Lynn Turner is not exactly someone who is playing the local bar every Friday night. A bit more dedication and concentration on the part of the audience instead of drunken brawls, people tripping and falling over each other, and tossing beer on others would have done wonders for the overall experience, but obviously, all of that is none of JLT’s fault and he totally delivered on all fronts. An awesome vocalist, a great musician, and a fantastic showman. Truly one of a kind.