Lamb of God – Ashes of the Wake 15th anniversary 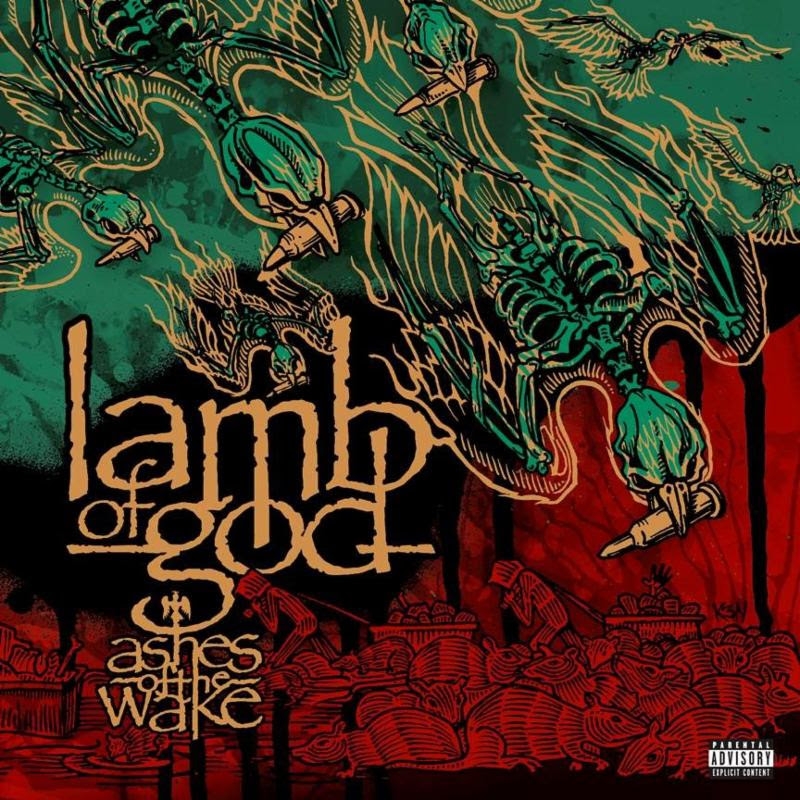 It’s hard to think Ashes of the Wake is well into the throes of its angst, rebellious, teenage life. We live in a world where this album is older than some of its own fans, something I really struggle to wrap my mind around!

When Ashes of the Wake first came about, Lamb of God were a well and truly established underground band, harsh, visceral, and intense. Hot on the heels of New American Gospel and As the Palaces Burn, they had stepped onto a more groove metal path from the more hardcore driven Burn the Priest, this album would be the one that would create the launch pad for the rocket that was Sacrament and thrust them right into the limelight as one of the next major bands to break out of the underground scene. Ashes is absolutely filled with monsters from the deep, each song is just spot on and oozes with fantastic riffs at breakneck speeds, everything is going to get you banging your head in a frenzy from the get go, and for some, it was their holy grail from their underground days.

There isn’t anything that can be said about the album that hasn’t already really, but what this 15th anniversary release brings is a much more polished sound, everything seems a little brighter and at first, I wasn’t sure if I liked it. The darker, messier touch of the original just suits the songs so well, but the clarity on the anniversary edition brings out something else, and yet nothing loses its violent assault, be it from the classic riffs of ‘Laid to Rest’ or ‘Blood Of the Scribe’, the bite of ‘Now You’ve Got Something to Die For’, or the bludgeoning ‘Omerta’.

After the album is done you hit the bonus stuff, a bruising B-side track ‘Another Nail in the Coffin’ and 3 classic tracks from their pre-production demo, that can be hit or miss for some people, but the harshness is all there with a real live feel, I’m personally never one to enjoy demo tracks as extras, but for once, these are damn impressive. This album could never have as existed until now, and it would still spread like wildfire, Ashes of the Wake is absolutely timeless, and this will is a must for any collector!