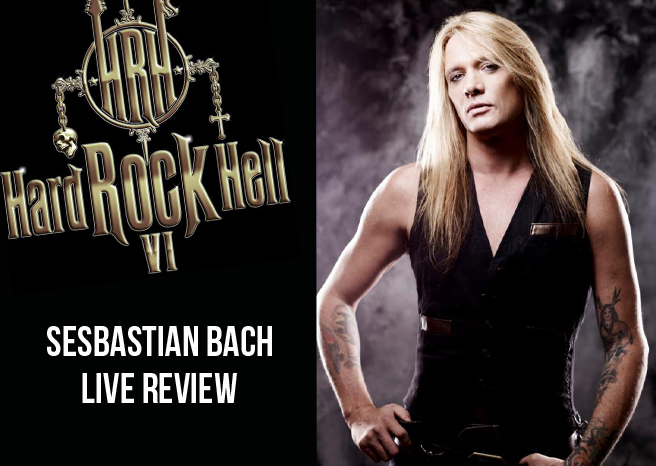 When Team RAM heard that Skid Row legend Sebastian Bach was headlining this years’ Hard Rock Hell festival, we simply couldn’t pass the chance to go watch him. However, we were gravely disappointed with his set which was so highly anticipated.

The set started late due to technical difficulties, which amounts to a lot of effort to perform a valiant set as the crowd become more irritated. The boos and hisses started as the stage was setting up, but when Sebastian Bach hit the stage screaming out to ‘Slave To The Grind’ they roared into life. The next few songs steadily began to decrease in power, as the vocals sounded quiet and the bass over powered the other instruments. Sebastian pulled it back with ‘18 And Life’ and ‘Here I Am’ but lost it again when he complained that his microphone wasn’t working. From the crowd, we could hear him loud and clear, and heard him singing “I have no microphone” instead of the lyrics to the song. He then pulled a stunt that Axl Rose is famous for by stopping the show so he could sort out his microphone that was working perfectly fine. This was an unprofessional move, and wasn’t a problem big enough to stop the show entirely to sort out. People started to walk out the doors at this point if they hadn’t already. The set was cut short, and the majority of fans seemed disappointed.

For those down the front, they seemed to be having a wicked time despite the drama. But overall, not the best performance by the band.

You can find out more about Sebastian Bach via his Official Facebook page: https://www.facebook.com/sebastianbach