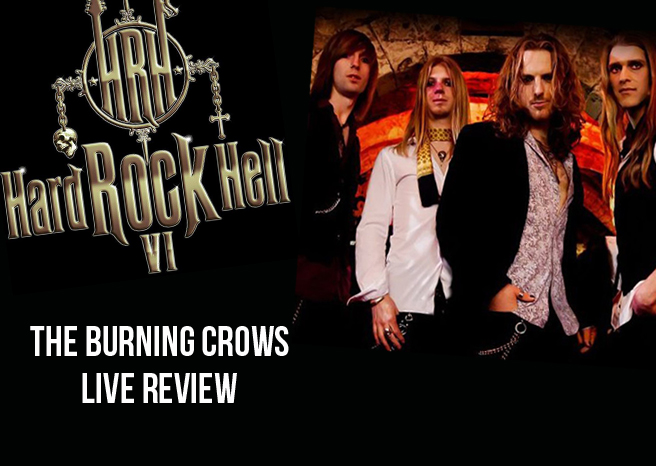 Team RAM had to check out The Burning Crows at Hard Rock Hell last weekend due to the fact they have been generating a lot of interest on their current tour with The Quireboys. Their bluesy, raunchy sound has been widely welcomed by rock fans across the nation and Team RAM can now fully appreciate why.

These guys are clearly no stranger to the large stages of Hard Rock Hell, and they proved that tonight. Within moments the band raced around the stage, giving it their all as the crowd gazed intently. Their songs are anthemic and easy to sing along to, giving the crowd who may not have seen them before something to get involved with. Lead guitarist and front man demonstrated his showman skills by performing a guitar solo behind his head, while the rest of the band moshed and jumped about without missing a beat. Their incredible stage presence has made them highly favourable in RAMs books.

You can find out more about The Burning Crows via their Official Website: www.theburningcrows.com