MaelstroM ‘It was Predestined’ EP Review 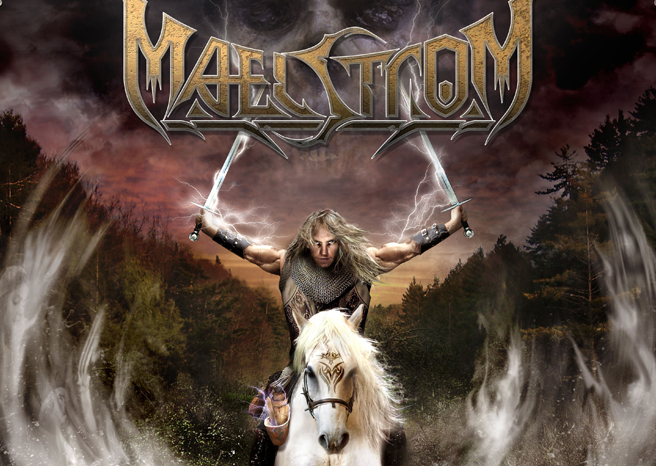 MaelstroM have claimed that they have created a kind of hybrid sub-genre, by fusing thrash, death, power, and prog-metal together.

Their legendary EP ‘It Was Predestined’ was originally distributed underground in 2008-2009. But in October 2012 it was officially released – by Los Angeles’ Itchy Metal Entertainment (IME)

On the release of the recording, IME President Ed Fassio commented:
“To create anything that appeals across the ages is challenging. Commercially, new styles take time to be accepted and caution must be taken to avoid becoming too trendy. Yet history has proven, nobody can argue with the wide appeal of great music.”

Formed in Long Island New York in September 1988, MaelstroM took note of the European underground scene, blending classical melodies, heavy rhythms, and the theatrical vocal progressions of the period – they formed the sounds into a mix of all those elements. Honing their signature sound, MaelstroM’s reach expanded well beyond domestic borders, gaining popularity and promise around the world until the thrash scene gave way to the Grunge-influenced decade of the nineties.

‘It Was Predestined’ starts with ‘Arise’. This song blusters amidst the shimmering heat of a wasteland battle. Rivulets of spiny guitar flex fluidly through a smoking scene. Then a grumble of darker tones smudges any view you have. An almost Spanish sounding guitar flusters you out of your unconsciousness, and an edifying riff takes hold of your scruff and guides you towards an ascendant voice. Gary Vosganian’s vocals are dramatic and episodic. And a successive eruption of piping-hot guitars ( from Joey Lodes) create iron pillars of sound. These fix the entire wootz-steel structure into place, creating a vintage feel to the composition. ‘Arise’ eddies out with gentle vortices of fine guitar.

‘A Futile Crusade’ is also situated in a stormy chasm on a windswept mountain. Malicious chuckles echo through an extraordinarily thorny landscape. A fanfare announces a golden dart, and then a spinning confetti of sharp guitars rise in unison – all these sounds may remind you of the imagination and output of 1999’s Dream Theater. A heavenly beat is created. Then a fast-paced anthem is bludgeoned into place. A swarm of skidding, haunting creatures is devised by the guitars and the flailing drums. These nosy creatures crawl over the yawning arches of composition, infesting the hidden places with their maggoty spirit.

‘Predestined’ begins with a horse scurrying. A flurry of guitars will light up the feathery mane, as it sparkles in the moonlight. Craggy fissures are opened-up by the rapidly expanding beat. And an over-embellished voice flumes out. Drums ( Daniel Kleffmann) are relentless and formidable. But it is the lancing scalpels of scissoring guitars that will scoop out your eyes, and replenish any remaining necrotic tissue with swollen maggot-life. A chime rises like a golden iris in a dream landscape. This is quickly followed by an infestation of similar crystal structures. Soon there are enough to encourage in a swarm of bestial sounds, to ravage the remains.

The intensive complexity of this album, taken with the outrageously fabricated theatrical pretensions of the band, will mean that this recording will not be to everyone’s taste. Of course, the sound of MaelstroM seems stuck-fast in the late 1990s. But if you love lush, pretentious, progressive metal … then this awkwardly elegant release may well delight and impress.