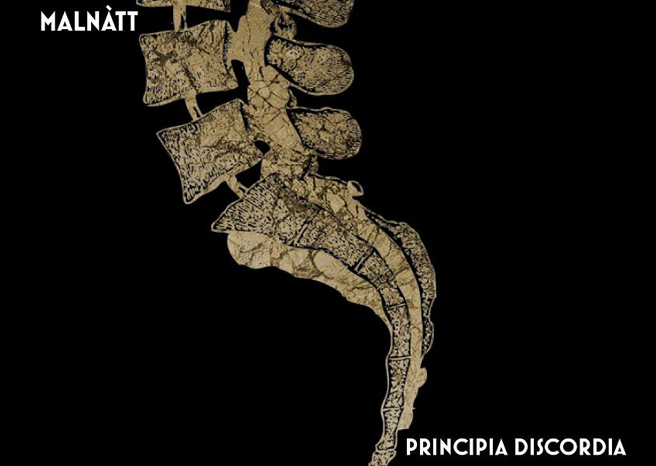 Formed in Bologna, Italy in 1999, Malnàtt has moved away from the folk approach of the early albums to focus on much more extreme and experimental sounds. ‘Principia Discordia’, Produced by Simone Mularoni (DGM, Empyrios) is the fifth full-length album released by Malnàtt and is a tale told in an unexpected way. Malnàtt’s 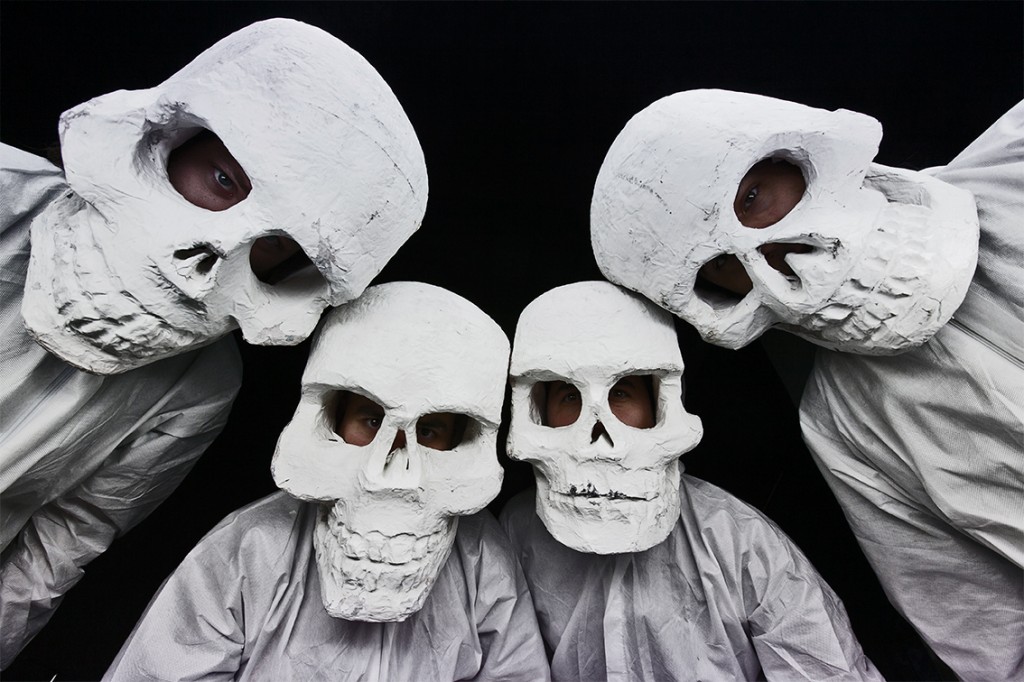 humorous approach contrasts superbly with their obscure lyrics, focused on decadent poetry, death and nihilism. They are also the first and only extreme metal band who have introduced an accordion in the line up. The album flourishes beautifully, with one song leading gracefully into the next, and each track having a clear intro and definite ending. No wishy washy fade outs here! Catchy riffs make way for thunderous blast beats flaunting poetic lyrics in a Balognese dialect.
Power and energy storms this album, but not from beginning to end as will be explained. This album, recorded and mixed at Domination Studios in San Marino, is best described in two halves.
The first half starts with growling vocals and more of a black metal sound in ‘Manifesto Nichilista’ compared to the rest of the album. Porz, the mastermind of the band enjoys writing hermetic songs struck between suicide and irony. It is refreshing to hear bands sing their native tongue, as there is a habit of labels trying to push foreign-language bands to sing in English these days. The lyrics are inspired by the great italian poets and are sung with great conviction.
It then starts to get a little more experimental in ‘L‚amor Sen Va’. With harsh vocals from start to finish overlaid to 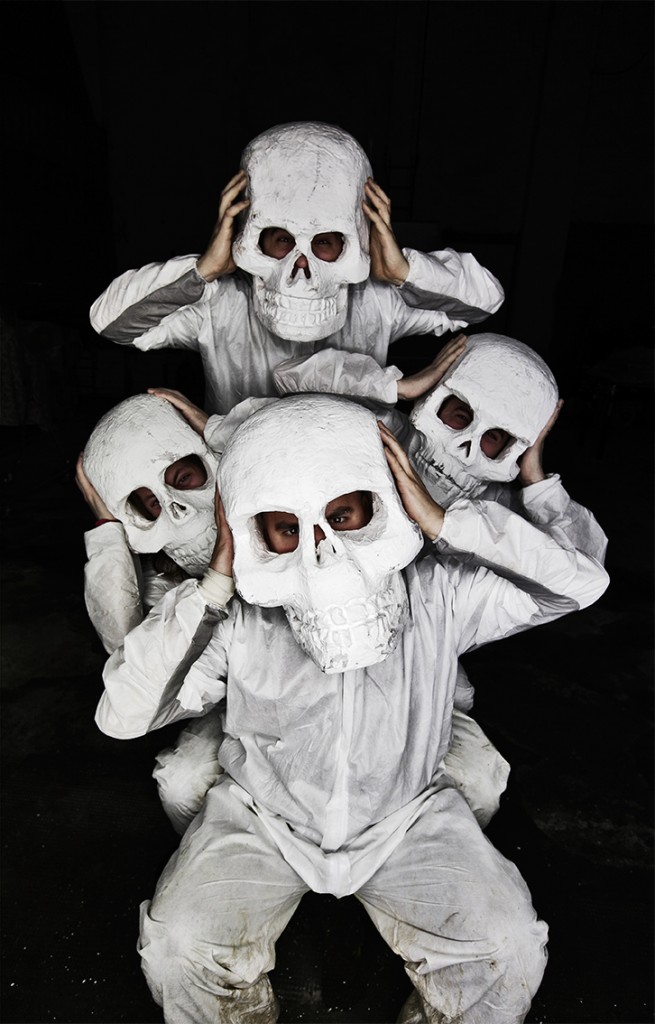 the light hearted slightly folk inspired music creates great juxtaposition. Throughout the album the bass line is clearly separated from the guitar instead of just chugging alongside it which adds more depth to each song. This can mainly be noted in the following track ‘Il Canto Dell’Odio’ which also uses a bass solo towards the end of the track. This track also starts to use clean vocals but only to punctuate certain areas of the song.
In track five, ‘Iper Pagano’ is a deeper, brutal sounding voice and is beautifully constructed with darker sounding riffs. The underlying message in this track contends that commercial stores are replacing places of worship and are seeming to be the last remaining temples for today’s society. Peoples’ values are geared around superficial needs to fill the void left by a lack of human emotion.
After the first five tracks, ‘Intramezzo Erisiano’ comes across as an intermission on the record which focuses around the sound of a crying baby and then the melody turns to the sound of a xylophone. Some may say a little too experimental if not a little creepy however on refection it is almost as if the album is going back to its infancy or being reborn into the second half of the album. The first half of ‘Principia Discordia’ is more extreme sounding but does slightly soften in each song towards the intermission in regards to the vocal mix. Then the same happens with the remainder of the five songs of the album but with more contrast. This shows great thought has gone into the layout and structure of ‘Principia Discordia’ and would recommend listening to it from start to finish in the order it was created.
So we are then introduced to the second half of this album which has great little touches like the sound of a Mandarin at the end of ‘Don Matteo’ and the sound of trumpets being played through a gramophone as a snappy introduction to ‘Ave Discordia’ which also has interesting drum patterns.
‘Ho Sceso Dandoti Il Braccio’ has a slight older ‘Opeth’ feel in some parts and then you come to track 10, ‘Ulver Nostalgia’ which is a delightful contradiction to the rest of the album. This song uses clean female vocals over speeding drums and guitars with the only frying vocals being at the end of the track to accompany the beautiful sound of the lady’s voice. 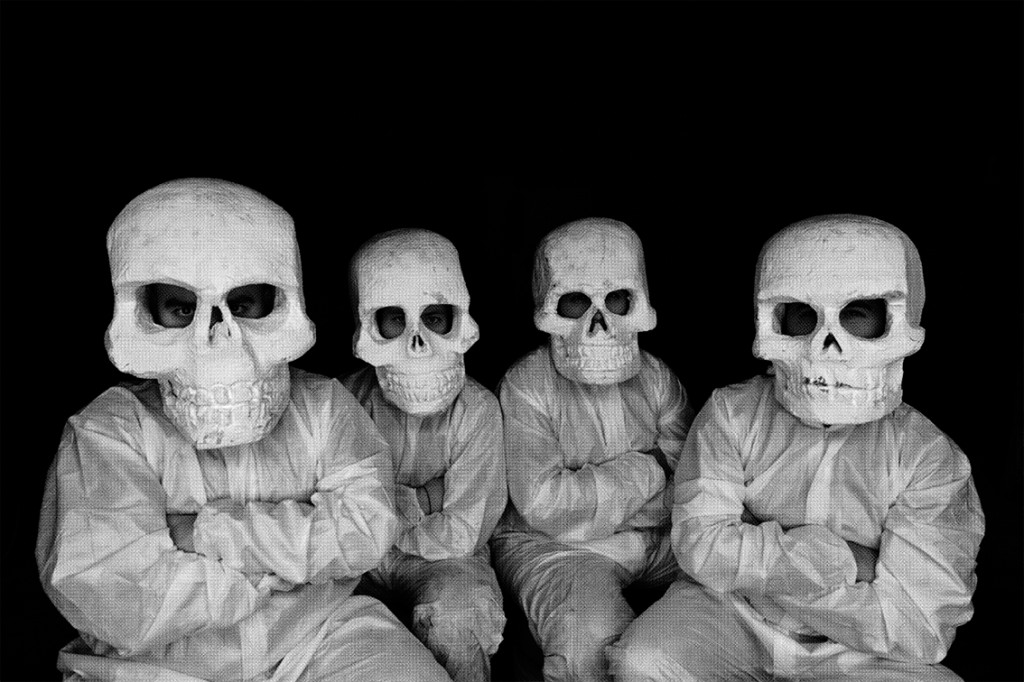 To finish it all up ‘Il Sentiero Dei Nidi Di Ragnarok’ is an acoustic instrumental extension of the previous track. It dolefully plays until slowly fading away to a soft finish. Excellent!
This album is not an overly complicated one technically but in terms of enjoyable listening and its unconventional approach it is spot on. There are moments where areas of the music could have been pushed and explored a little deeper but the arrangement of the album makes you very attentive and eager to hear every moment. For lyricists it is a must and if into melodic black metal then run along and enjoy what Malnàtt has to offer!