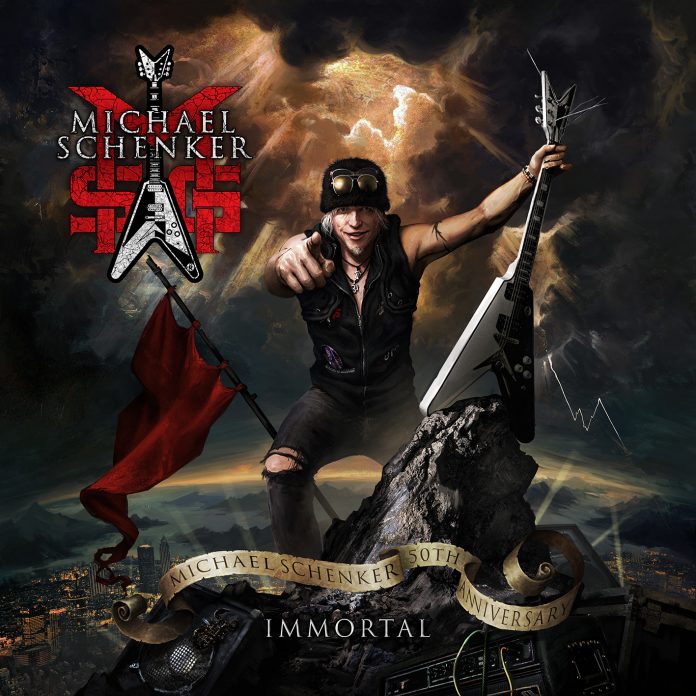 The guitar force of nature, otherwise known as Michael Schenker, is one of the most mercurial players on the rock scene. His playing has been a fixture since 1974 when UFO poached him away from The Scorpions, but despite his guitar prowess being cited as an influence by players such as Kirk Hammett and the late Randy Rhoads, he’s never quite achieved the adulation accorded to other axemen. After leaving UFO, he was close to joining Aerosmith and Ozzy’s band upon Randy’s tragic death but chose to follow his own idiosyncratic path with outfits like MSG, Temple of Rock and others.

His work usually garners praise whenever a new album is released. I mean, this is the man whose guitar playing lit up UFO’s Stranger’s in the Night, felt by fans and critics alike to be one of the finest rock ‘live’ albums of all time. In short, he has the kind of pedigree many guitarists would sell their mothers for, so does this album enhance it?

Immortal features all the usual licks you’d expect to be torn off on the trademark flying V guitar, and a couple of songs worthy to be included in Schenker’s canon. ‘Drilled to Kill’ is a fast driving opener, with vocals from Primal Fear’s Ralph Scheepers. Derek Sherinian adds keys to this track and his work blends nicely with Schenker’s typically scorching guitar runs. ‘Knight of the Dead’ could almost be Magnum playing at a faster speed, and ‘Don’t Die on me Now’ is a slight detour into prog metal. After this opening onslaught, the pace relents a little with ‘After the Rain,’ a power ballad with a gentle strings infusion. ‘Come on Over’ is a good rocker with its sterling backing and a fine Schenker guitar break, and ‘Sail the Darkness’ sees vocalist Ronnie Romero giving a passable impersonation of the late, great Ronnie James Dio. The surprise highlight of the album, however, is the inclusion of ‘In Search of the Peace of Mind,’ a song Schenker wrote while in his mid-teens and reprised from The Scorpions’ debut album. It’s different to anything else on the album, and the diverse backing and the quality of Schenker’s playing makes this easily the standout track on the album.

But Schenker is definitely capable of better tracks than ‘Devil’s Daughter’ and ‘Queen of Thorns and Roses,’ which do little to enhance his deserved rep. Overall this is a patchy album, with some undoubted quality playing but a few too many so-so songs for comfort.