Not Ur Girlfrenz support Bowling For Soup

Somewhere there is a pop punk band, a group of seasoned pros who have had their life-force sucked out of them and placed in the bodies of a trio of Texan teenage girls – has anyone heard from Sugarcult recently? Sounds akin to the plot from Space Jam but it is the best way to describe Not Ur Girlfrenz – they strut around the stage with a confidence that belies their years. 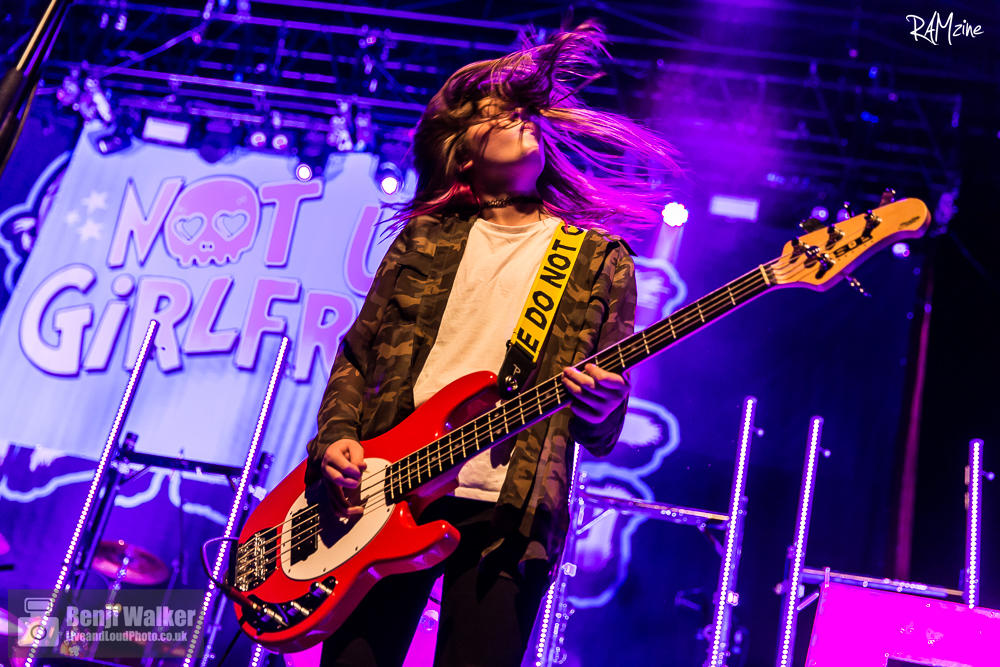 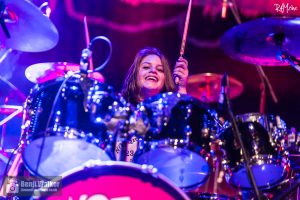 The crowd don’t quite know what to make of them at first, which is understandable – it seems they have come from nowhere to open for one of the biggest pop-punk bands of the last 20 years. However unperturbed Not Ur Girlfrenz power through and win them over; a tough task for any opener. Lead singer/guitarist Liv’s pop like vocals have a distinct rasp of teenage angst while bassist Maren headbangs with such veracity it could make the Tasmanian Devil dizzy. The tour is meant as a pre-Christmas celebration so of course there is a rousing rendition of ‘Rockin’ Around The Christmas Tree’ but its their own songs that really shine through. ‘New Kids In America’ is a perfect example of a great pop punk song – so much so the chorus is still embedded in my brain a week after listening to it.