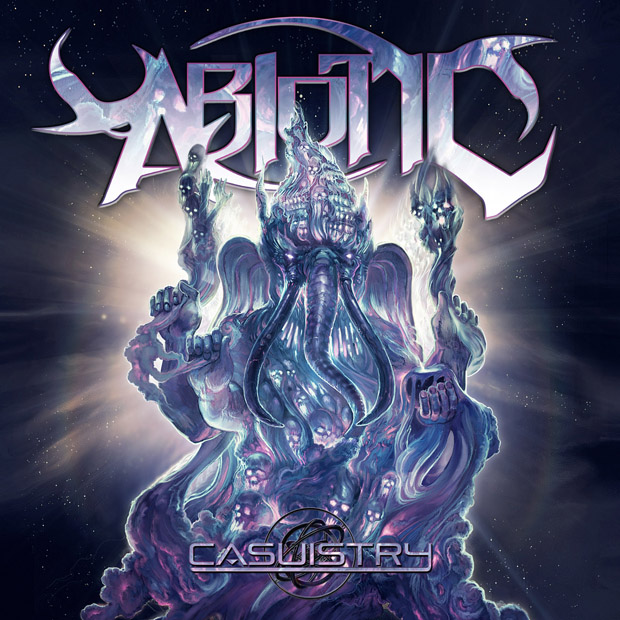 Casuistry’s first track ‘Believe The Unseen’ comes blasting out of the speakers, there is a clear homage to Meshuggah, before settling into a ambient Cynic vibe and then diving into technical metal blastbeats in the same ilk as The Faceless. Already within the first minute of the first song you are hearing Abiotic’s major influences. For those who love technical death metal, have the checklist ready as it may very much seem like macabre game show. 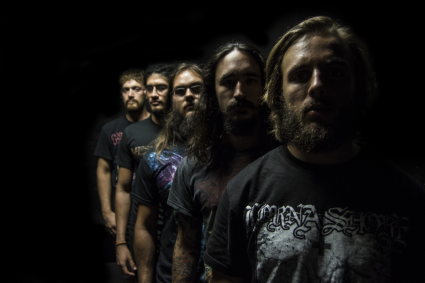 At first Casuistry will come across quite tiresome, not that it is boring in away shape or manner. It is that each song blends from one to the other without notice, with rare moments distinguishing one track from the next. Due to the way the tracks shift continuously in tempo and vibe, it is hard to take it all in at once. However on repeat listens the album opens it self up more and more. It’s an album of discovery, with the multiple layers revealing themselves only to the most committed listener. Also then you can start to pick up on the moments where the band strikes gold. Moments like on ‘Cast into the Depths’ with its post rock atmospherics seeping over a thall style muted riff (which most djent bands would die for). Or in ‘Nightmares of Your Conception’ with its pinched harmonic breakdown, which will have any self respecting metal fan grinning from ear to ear. These moments keep you coming back determined to uncover more.

A special mention must be said the lead guitar work on the album. Yes anyone can rip through a solo at a million miles an hour, but it’s nothing more than compensating for a lack of style. However it is a real art to create lead work that is technical yet musical. The solos are so melodic and beautifully crafted into each song, never out staying there welcome, technically executed to perfection and exciting to listen too. It’s very clear to anyone who appreciates such guitar work that a great deal of thought and effort has gone into it, for a random blur of notes this is not.

While there is very much to enjoy out of Casuistry, there is a problem which is hard to ignore. It feels at times like you are listening to a Frankenstein monster of music. As mentioned earlier in the review, at many points it sounds like you are listening to an amalgamation of bands, rather a band pushing for their own style. The vocals and more traditional death metal sections is basically Job For A Cowboy. The insanely fast drum triggers on the blast beats is The Faceless. The albums schizophrenic nature is Cephalic Carnage, be it a far less fun version (I won’t carry on as I’m sure you get the picture).

Overall sound and production is near perfect for this style of metal. Each note is as clear as day, with the bass work clearly being allowed its own space in the sound rather than being swallowed up. It’s clear that the production strived for clarity and mechanical perfection, rather than a raw natural vibe. Despite the albums heaviness which is continual it is a very musical album as well. Which is hard to pull off but Abiotic do a fine job.

With more originality it would have elevated the album from good to possibly great. However there is great potential here and as the band continue they develop their style and stand out from the crowd.