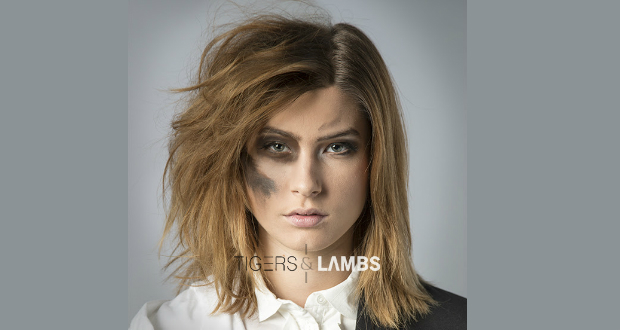 Myles Kennedy fronting Black Peaks is far too simplistic a description for Alter Eden. Yet, it’s hard to deny its usefulness as a shorthand for their rather distinctive sound. Technical metal with tinges of mathcore, but with a singer who wouldn’t be out of place on American rock radio belting over the top of it, it’s certainly not something you hear every day.

It’s also clear that Alter Eden are pointing their faces towards the sun and going for it. This may be a six track EP, but Tigers and Lambs sounds like a big deal, and lead singer Nick Pilgrim’s voice isn’t only suited to those aforementioned radio stations. The man can truly wail, and when he is going full barrels, it is hard not to want to throw the horns up alongside him.

The problem is that Alter Eden end up falling between the two camps. If you want technical metal with soaring choruses, then Black Peaks is going to tickle that itch much better than this. While on the mainstream side of things they are going up against heavy hitters like Muse and I don’t know if the technicality of tracks such as ‘Resent/Relent/Repeat’, with its slower, more measured approach, will please the masses the way ‘Supermassive Blackhole’ did.

However, not everything should be ranked on what niche you drop into and when Alter Eden nail this formula they make some fun music. The bouncy intro to ‘Colourless’ is one you are unlikely to forget and the anthemic quality of ‘We’ve Had Enough’ will have the biggest cynic itching to raise their fists in the air and sing along. There is something to Alter Eden and if they bottle the magic they occasionally capture on Tigers and Lambs and take it over to their debut album then don’t be surprised if we hear a lot of them in the years to come.