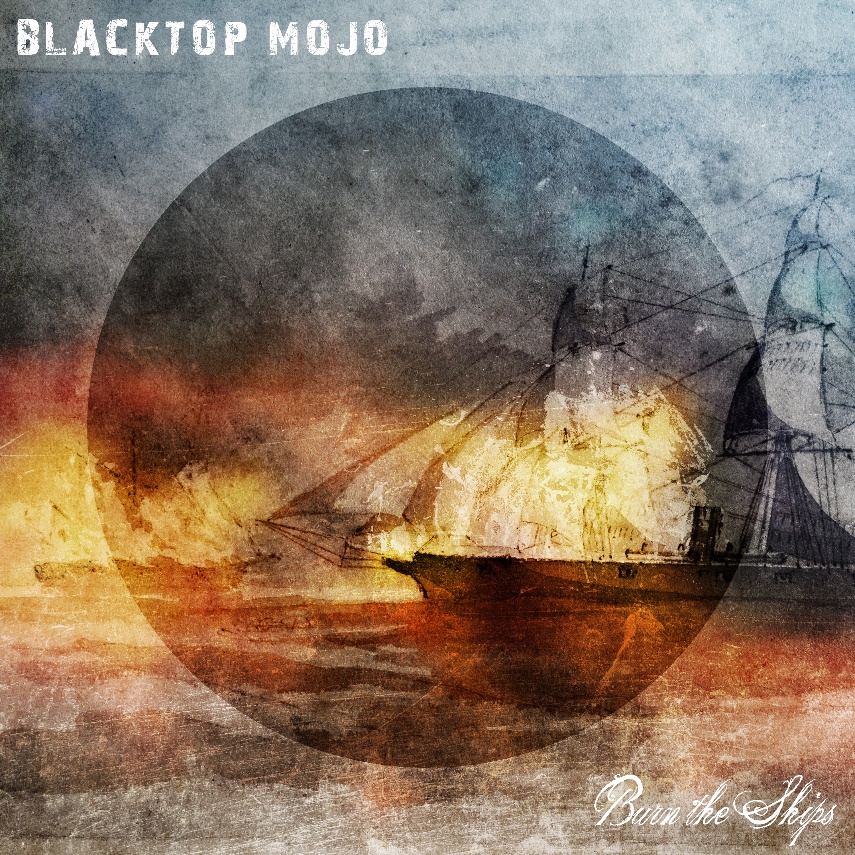 Blacktop Mojo, if you haven’t heard of them yet, you soon will. These Texan rockers are on the way up, and in big ways. Burn The Ships is their upcoming release, a southern rock goliath of an album. These guys take the sound of the heavier side of the south but not without the flair and tinge that can alienate them from the commercial World.

From the off with tracks like ‘Where the Wind Blows’ and ‘End of Days’, you get a real vibe of Black Stone Cherry and Whiskey Myers but with a heavy rock backbone, soaring vocals, riffs that go down smoother than a drink after a hard week, it has plenty there but all with a sound fit for radio. Title track ‘Burn the Ships’ has a great chorus that stays with you, they know how to write an infectious track. ‘Prodigal’ is a much more mellow affair, something that carries through much more of the album. It takes me back to around the time of nu-metal to be honest with parts, there’s something reminiscent of Creed and Saliva in their, albeit with a Southern sound. They can bring something heavy to the table though too, with great hooks and riffs like in ‘Dog On a Leash’ to hopefully keep the purer bred metal fans a bit happier.

All in all it’s a great album, it touches base with plenty to keep most happy, it’s real bread and butter sits with its ability to reach that commercial market, something that those on the metal side of the fence probably wouldn’t like, but it isn’t a bad thing. Blacktop Mojo can really write track after track and have that touch that can get them a huge audience, and that transfers over to their ability to nail a cover like ‘Dream On’ without changing anything and still sounded very much themselves. Currently on the road in the States with the Legendary Bon Jovi, they can’t really be in much better company for their sound. These are a perfect gateway band really, and for those youngsters growing up that haven’t heard or know of the rock and metal World yet, I’m pretty sure hearing a band like this will soon have them chasing the dragon.