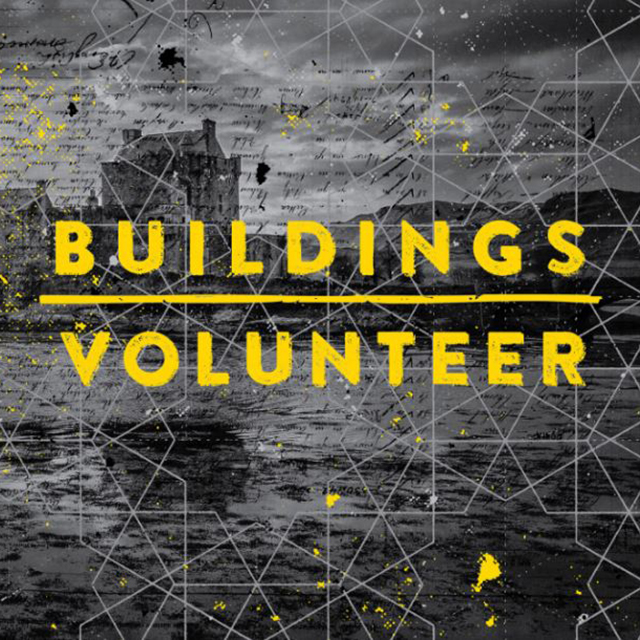 It seems as if Buildings have very little to say about their particular ‘art’ while Volunteer just say it how it is. Although both band’s music is done in a similar vein, it is clear to see that Volunteer hold the edge and have their noses to the proverbial grindstone, whereby Buildings don’t seem to be going anywhere fast!

Something Better – is a cross between rock, punk and noise, it starts off quite promising but then falls into decline very quickly due to the vocals that are hap-hazardless and thrown out with little regard for melody!

Burlap – giving the bass a good airing before spewing out a tumultuous vocal encounter amid a shrill blanket of noisy riffs that can be likened to glass shattering into a thousand pieces, this is the sum of the track.

Snake – sounds like it is being sung to various tracks and doesn’t really get anywhere fast, although it does have its moments despite its craziness!

Dainty Hoof – is more of the same noise and chaos that protrudes through the speakers, although contained in its structures there is a harsh melody that does redeem the track slightly, and the title made me smile!

Walk – Has an almost wiry edge that is instantaneously likeable, although the vocals are incoherent – not really a problem these days though with death metal making its way into the metal community, however this is not death metal and couldn’t be more so removed if it tried. But liking this track a lot!

Wrong – Another track that bristles with delight along with a resounding electric kick and surly beats – it holds head banging qualities with a rippling rhythmic bait and ‘right’ to finish on.

Buildings are just about as boring as its name and if that sounds harsh, it is! With nothing really for the ears to lock on to! It does what it says on the label and produces noise and little else, although ‘Snake’ is a little bit more listener friendly, but only just.

Volunteer are much more engaging and incorporate sludgy elements as well as rock elements so there are more ingredients contained in it for the band to work with and for the listener to explore.

All Volunteer’s tracks provide an emotive flavour that may be a little rough around the edges but adds to its tempting mystery, however Buildings can only offer noise! Which is a little disconcerting.