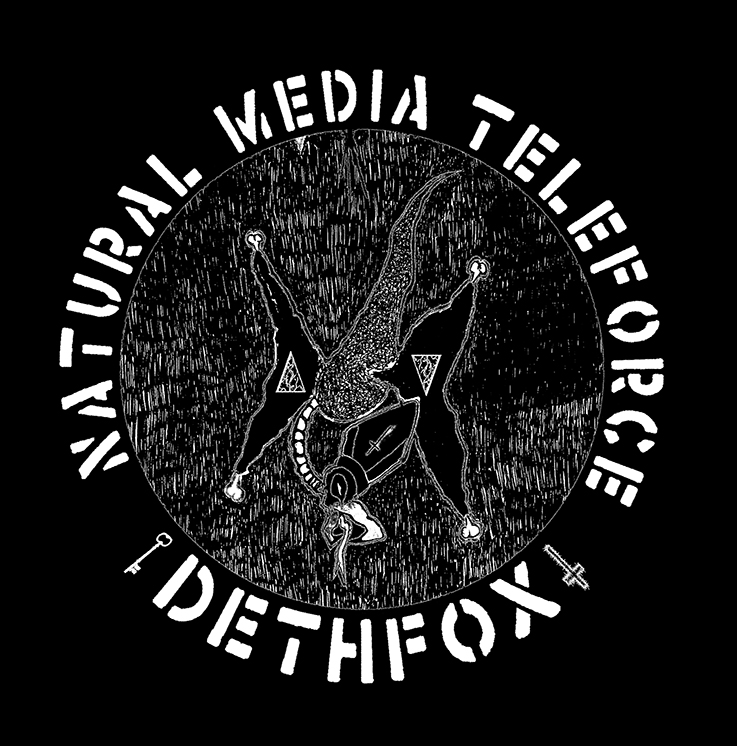 Since it erupted from the lungs of angry kids on either side of the Atlantic almost 40 years ago, punk has spread out to define a large area of the musical map. As a result, describing a band’s sound as punk isn’t as useful as it once was. But on their debut EP, these Canadians point us to the very heart of the genre. There is no other word to describe their sound.

Clocking in at a ridiculously brief nine minutes, Natural Media Teleforce storms through five short tracks of bile and aggression. It’s just about as punk as it gets – fast, messy and abrasive, with no particular musical skills on display. Judging by their general attitude, they probably don’t care that they can’t indulge in a seven-minute sweep-picking solo.

While the energy and texture here is pure, unadulterated punk rock, it’s not played by the numbers. There’s originality here. Dethfox play in interesting keys that give them a slightly gothic, horror-tinged sound. If it were to go on for longer you could describe it as hypnotic.

It’s pretty hard to make out the snarling lyrics on this digital release without sleeve notes, but based on song titles such as ‘Run State Wrong’ and the few words on the internet about them, it’s safe to say their attitudes are pretty anarchic, which is always welcome because power structures deserve to be challenged and punk rock has always done that job in the most enjoyable way possible.

This EP is like an ambush. It assaults you out of nowhere and, before you know it, it’s over and you’re left bleeding out and naked, wondering what just happened. The trick is to surrender to this and enjoy the experience, and make sure you turn the volume up in the process. Maybe next time they’ll be up for a longer battle.