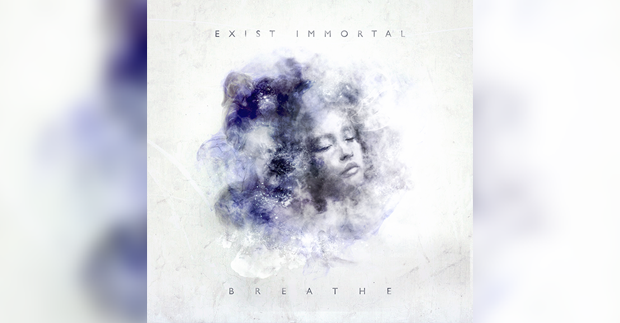 Sometimes, the right band comes along at just the right time. I was listening to Textures when Exist Immortal’s latest offering appeared in my inbox; I was in the mood for something like Textures that wasn’t Textures – Breathe is exactly what I was looking for.

The UK-based, five-piece metal-band have been around since 2011 and Breathe (2016) is their second full-length album – not counting the deluxe edition of Darkness Of An Age (2015). If you go back and listen to their first single release, the aptly named ‘Initiate’ (2013), it is clear that they were on to a good thing very early on. Still finding their feet in Dream Sequence (2013), there was a pull between two distinct elements: the first being the very fashionable extreme-djent/cheap-tech approach of just getting some fat strings and lazily chugging, riffing and bending (harsh, I know), then throwing some aggressive vocals over the top – it sounds great and it has its place, sure, but once you’ve heard one, you’ve kinda heard them all. The second element was the focus of melody that kept cropping up.

By the time they came to Darkness Of An Age (2014) they had found their perfect blend of tech/djent and melody. They had tweaked their sound and production to bring something that carried enough weight to elevate them beyond the mediocre masses. It was a well-crafted, superbly-mixed album packed with atmospheric compositions.

Like all previous releases, Breathe (2016) was produced and mixed by vocalist Meyrick de la Fuente. The album picks up where they left off, but is executed with slightly more finesse. It opens with delicate, trickling sounds that give way to crisp and pounding drums, throaty guitar-riffs, and then to an almighty, raw vocal-drop that is accompanied by meaty bass notes. From there, melodic chorus vocals come in as the rhythm opens up and the whole thing spaces out. This is no-frills songwriting at its best. If ‘Saviour’ is indicative of the rest of the album, things are looking very promising, indeed.

Track after track, they deliver tastefully crafted music where sympathy and consideration for the composition take precedence over showcasing technical or individual skill, and there are thoroughly enjoyable melodic vocal-hooks throughout. There is a slightly off-putting ‘djent-break’ toward the beginning of ‘Invisible Lines’ which is a touch too clinical for my taste, but the gorgeous melody of the chorus vocals, and sweeping, arpeggiated lead-guitar moments more than compensate, making it one of my favourite tracks of the album. There is a delightfully dissonant section at the end of ‘Chi’ that draws the album to a close, and it is little touches like these that highlight the band’s skill; it is not as easy as it may seem to pull moments like this off as well as they do.

They have a knack for tasteful use of both consonance and dissonance of melody, and they keep to very engaging rhythms; this is not a band that writes to prove anything, and nothing is overdone – when the band need to give space to the vocals, they tone it done and sit comfortably in the background; when they have the room to play around, again, they make use of it well.